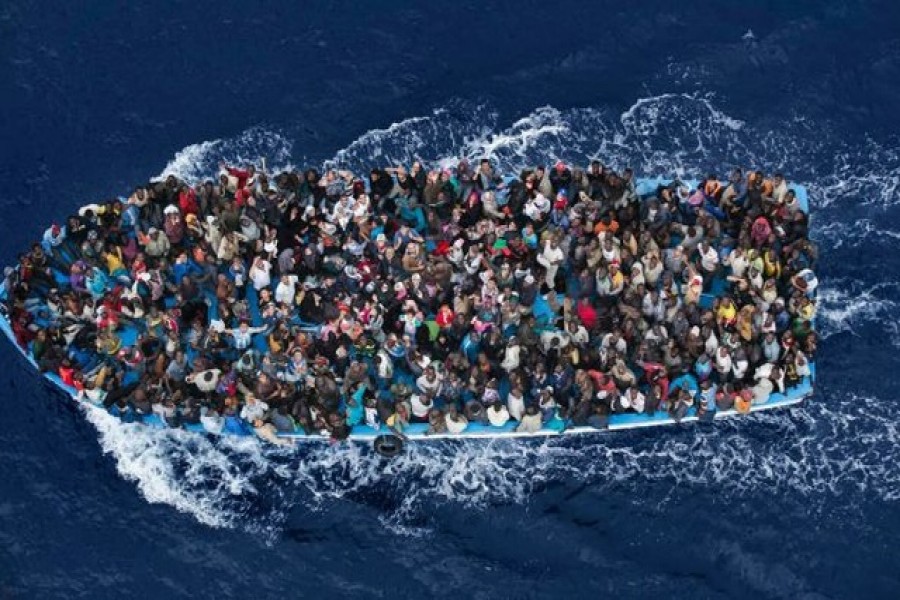 Irregular migration from Bangladesh continues unabated. A section of dishonest middlemen are luring innocent people to go abroad for making fortunes. Migrants are taking high risk when they take part in such uncertain journeys to unknown destinations. Cheating, fraud, extortion and death are the outcomes of such migration that are taking place so frequently.

Reports say many Bangladeshis have died while travelling from Teknaf to Malaysia. Migration attempts to Europe through Iran, Libya, Morocco and Tunisia have hit news headlines in the past.

A large number of Bangladeshi workers were deported from Saudi Arabia and Malaysia this year. Many of them are still in jail and detention camps. The group which was associated with sending irregular migrants through sea to Malaysia has been identified by the media but the government, so far, has not taken any action against the illegal recruiters.

Working conditions of male and female migrants in destination countries are major areas of concern. Of course, working conditions of some of the companies in the receiving countries are quite good, yet low wage, non-payment of wage, contract substitution, unregulated working hours, risky work environment, unhygienic living condition, insecure movement (particularly of women workers), and absence of collective bargaining characterise majority of employments in the Middle East and Southeast Asia.

Bangladesh, like most other labour-sending countries, failed to deal with these issues effectively for fear of losing the market. However, in recent times, different regional migrant and human rights forums have taken up these issues seriously.

Although the country's overseas employment policy targeted promotion of skilled migration as one of its major objectives, no action plan is still visible. Most of the labour sending countries take care to reduce migration of unskilled workers as exploitation and violation of rights are higher in the unskilled labour segment.

Complaints lodged by the migrants about services of Bangladesh embassies show that 80 per cent of them are about delay in renewing passports, issuance of machine readable passports (MRP), migrant-unfriendly locations of embassies, unnecessary repeat visits etc.

Both male and female migrant workers contribute to the economy of Bangladesh by sending remittances. They also bring back new knowledge, skills and technology. Recent studies have shown that the left-behind members of migrant families and the returnee migrants contribute more compared to non-migrant families in modernising agriculture by using mechanised equipment, high quality seeds, insecticide and ensuring adequate irrigation. Migrant families in various parts of the country are found to be rejuvenating rural economies through cash crop production, fisheries and poultry farming.

Lack of cooperation and coordination between the Ministry of Foreign Affairs and the Ministry of Expatriate Welfare and Overseas Employment (MEWOE) is an important hindrance to exploring labour market, consolidating services to labour migrants in the destination countries and fruitful participation in different global migration forums.

It is imperative that the government ensures accountability of recruiting agencies in processing recruitment. Majority of the stakeholders supported government initiatives of G2G with the aim of reducing migration cost. Nonetheless, G2G experience with Malaysia has demonstrated that government mechanisms have limitations in pursuing job contracts with employers. It is time for the government to rethink and bring necessary changes to its policy.