Blood and tears in Palestine 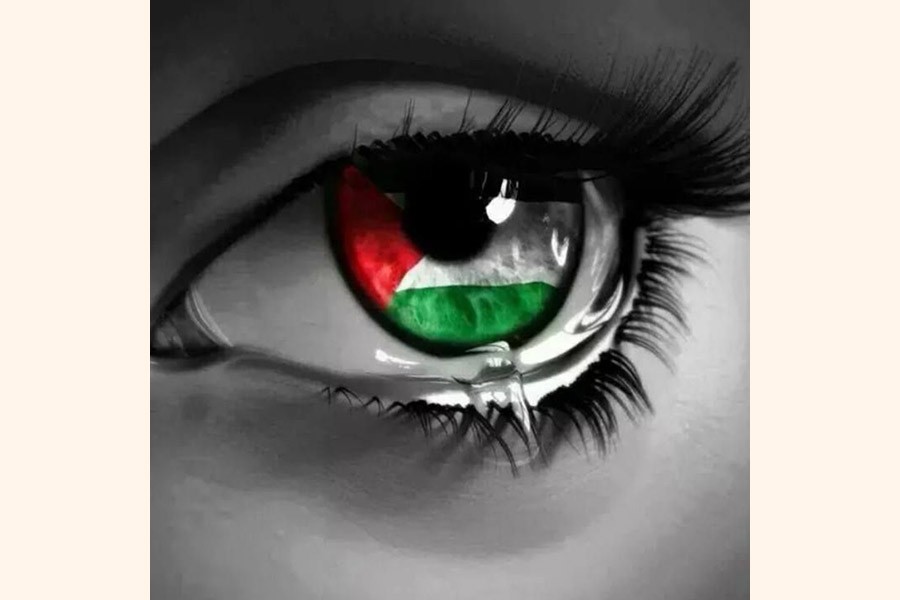 The recent shifting of the US embassy to Jerusalem by the Trump administration has demonstrated an utter disregard for the accepted world order and rule of law. It is yet another shameful example of how the US government can ignore decades-old international consensus just to carry forward its narrow foreign policy agenda. As many as ten resolutions have been passed by the United Nations on the issue of the status of Jerusalem since 1967. It would be wrong if those are considered mere expressions of Muslim sentiment. The righteous emotion of adherents to other religions as well as the need for humanism and justice were respected. The Western powers have deliberately refrained from taking decisive actions against Israel for repeated violations of the UN Security Council Resolutions. But they have not hesitated to take recourse to sweeping actions and wanton destructions mostly on unauthenticated allegations for regime changes in some countries in the Middle East and North African (MENA) region.

The slaughtering of 60 innocent Palestinians in Gaza strip, while they were protesting the US move, was even more condemnable. They were also demanding their right of return to their lost land on the occasion of 70th anniversary of their forcible eviction that coincided with the founding of Israel. This unjust and short-sighted US move also contradicts its 70 year-old commitment to reach a peaceful resolution of the Israeli-Palestinian conflict based on justice and fair-play. The USA has thereby rendered itself irrelevant for playing the role of a mediator in any future peace process. President Trump, as has rightly been commented by The New York Times, has used the exalted position of the USA in advancing the strategic interests of Israel.

The international condemnation of the US-Israeli move has also been very swift. The UN Security Council through a draft release expressed its outrage and sorrow at the killing of Palestinian civilians exercising their right to peaceful protest. At an extraordinary session held in Geneva on May 18, the UN Human Rights Council called for an independent, international commission of inquiry for looking into the violations of humanitarian law in Gaza. An extraordinary session of the Organisation of Islamic Cooperation (OIC), also held on May 18 in Ankara, condemned the criminal actions of Israeli forces against the Palestinian protesters, particularly in the Gaza Strip. It held Israel, the occupying power, fully accountable for the grave atrocities and the wilful murder of at least 60 civilians on May 14.

While signing the Oslo Peace Accord with the Palestinian leader Yasser Arafat on the White House lawn in presence of US President Bill Clinton on September 13, 1993, the then Israeli Prime Minister Yitzhak Rabin had unequivocally said on behalf of the Israeli people, "We who have fought against you, the Palestinians, we say to you today in a loud and clear voice, enough of blood and tears ... enough". Rabin, along with the then Israeli foreign minister Shimon Peres and Yasser Arafat, subsequently won the Nobel Peace Prize in 1994 in recognition of their courageous initiative to advance peace in Palestine. But Rabin was tragically assassinated in 1995 by a Jewish fanatic before he could give concrete shape to the peace process. Israel itself was then taken over by the radical Zionists like Ariel Sharon and Benyamin Netanyahu. The blood and tears that Rabin had vowed to bring to an end have thus continued to haunt the Palestinian people with relentless fury and brutality.

Against this backdrop, an international mechanism should now be forged aimed at fostering and guaranteeing the Middle East peace process. Recognition of the State of Palestine by entities like the European Union (EU) can be instrumental in bridging the current disparity and upholding international and humanitarian laws in the occupied lands.