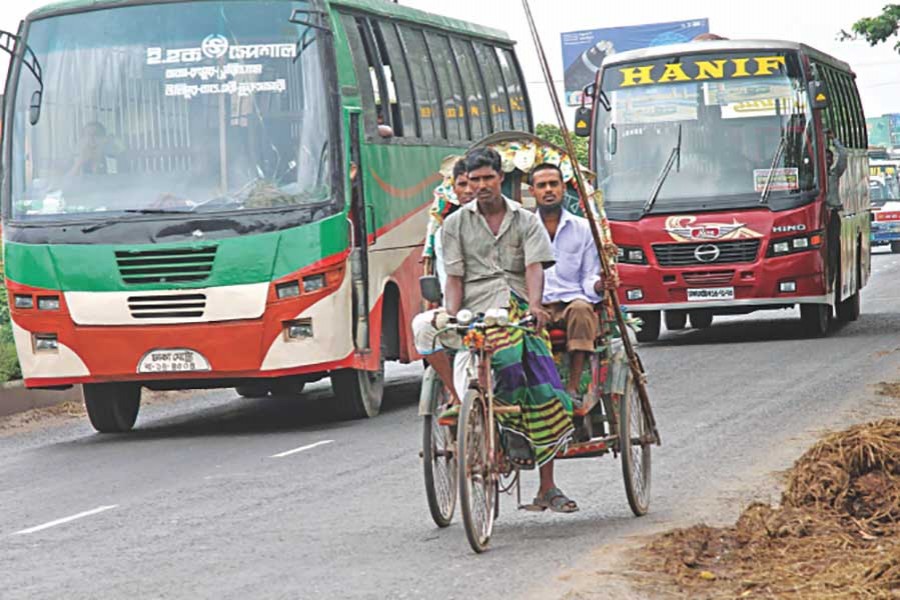 IF slow vehicles are allowed to run on highways alongside fast moving ones, traffic congestions occur more frequently and chances of accidents increase. For example, slow-moving vehicles under the name and style of Nashimon and Karimon are regularly seen plying at different points of highways. This causes difficulties for highway traffic and often traffic congestions occur at different points. Normally, there is hardly any jam on highways, but the areas where Nashimon and Karimon operate experience regular traffic congestions. It is a matter of grave concern that these vehicles are running at an uneven speed and accidents are taking place more frequently. I think the authorities are aware of the situation because the number of traffic police has lately been increased to control the situation, but very little has been achieved. Actually this is not a law and order situation and very little can be expected from strengthening vigilance. Ideally, Nashimon and Karimon should be prohibited to restore parity in speed of vehicles on highways. Countries of the developed world follow the principle of allowing vehicles of even speed to move on highways as a result of which there are fewer accidents on their roads and highways. I hope, the concerned authorities will think about it carefully and prohibit movement of Nashimon and Karimon along side fast moving trucks and buses on highways.