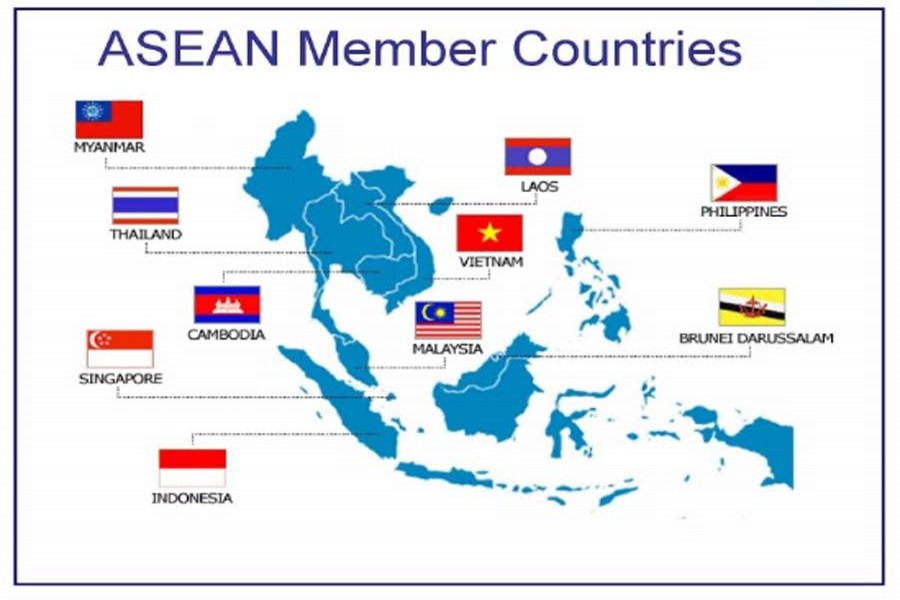 Malaysian Prime Minister Mahathir Mohamad and Singaporean Prime Minister Lee Hsien Loong  stole the limelight at the 35th Summit of the Association of South East Asian Nations (ASEAN).  Both of them emphasised that ASEAN members should speak with "one voice" on the global stage to safeguard their national interests, work closely to "intensify" integration efforts and preserve a "free, open and rules-based" multilateral trading system.

The main theme of the 35th ASEAN Summit and Related Summits, held in Bangkok, Thailand from 31 October-05 November 2019 was: 'Advancing Partnership for Sustainability'.

The leaders at the Summit debated five key issues: trade, security, investment, climate change and the Rohingya refugee crisis. But, the challenging issues of human rights abuses and rising authoritarianism in the region were not discussed.

The repatriation efforts were twice unsuccessful as Myanmar failed to remove legitimate fears of the Rohingyas. But, ASEAN members cannot directly get involved in the issue since it needs to strictly abide by the guiding principles of non-intervention and non-use of force in the internal affairs of member-states.

US STANCE: However, ASEAN's key trading partner, the United States downgraded the scope of its official participation in the Summit by sending its National Security Adviser, Robert O'Brien and Commerce Secretary, Wilbur Ross. That was a disappointment for ASEAN, whose members have been concerned about the protracted US-China trade war. Indeed, the on-going trade war between the two countries has impacted the export-dependent Southeast Asian countries, where economic growth is likely to be sluggish this year compared to previous years.

President Donald Trump's non-participation in the ASEAN Summit obviously demonstrated a lack of serious engagement by the US at a time when China's influence is rapidly growing in the region. The retreat by the US will only enable China becoming a more robust player in the region. It may be noted that China's position in the region has been reinforced by its continued aid to Cambodia and Laos, and considerable investments in Thailand, Myanmar, Malaysia and Indonesia.

It is worth mentioning that a Special ASEAN-US Summit hosted by President Barrack Obama in Sunnylands, California, in February 2016 reaffirmed US commitment to maintaining close geostrategic ties with ASEAN. President Trump seems to be discarding that commitment in pursuance of his 'America First Policy' of disengagement. His administration also pulled out of the Trans-Pacific Partnership (TPP) in January 2017. Populist policies and trade protectionism seem to be gaining ground due to some dominant world players like the US and India.

RCEP SUMMIT: Simultaneously with the 35th ASEAN Summit was held the 3rd summit of the proposed Regional Comprehensive Economic Partnership (RCEP). As many as 15 of the 16 participating countries agreed to sign up. The 15 countries consist of the 10 ASEAN member-states Asian nations, China, Japan, South Korea, Australia and New Zealand. Set to be finally inked in 2020, India declined to join the Agreement because of its "significant outstanding issues" and concerns, including differences over tariffs and potential influx of goods into India from China.

However, it is widely expected that the RCEP trade deal will considerably lift the region's future growth and contribute positively to the global economy. It will act as a supportive pillar to a powerful, rules-based multilateral trading system and "open new door of opportunities" for the less developed ASEAN members. Analysts anticipate RECEP to further strengthen Chinese influence in the region.

The 52-year-old ASEAN is a prominent political and economic alliance formed in August 1967 at the height of the Cold War. It has, however, transformed the political relationship of the associates as well as of dialogue partners from a "trust deficit" to that of  "strategic trust" signifying its relevance and importance in accelerating economic partnerships and shared prosperity in the region.