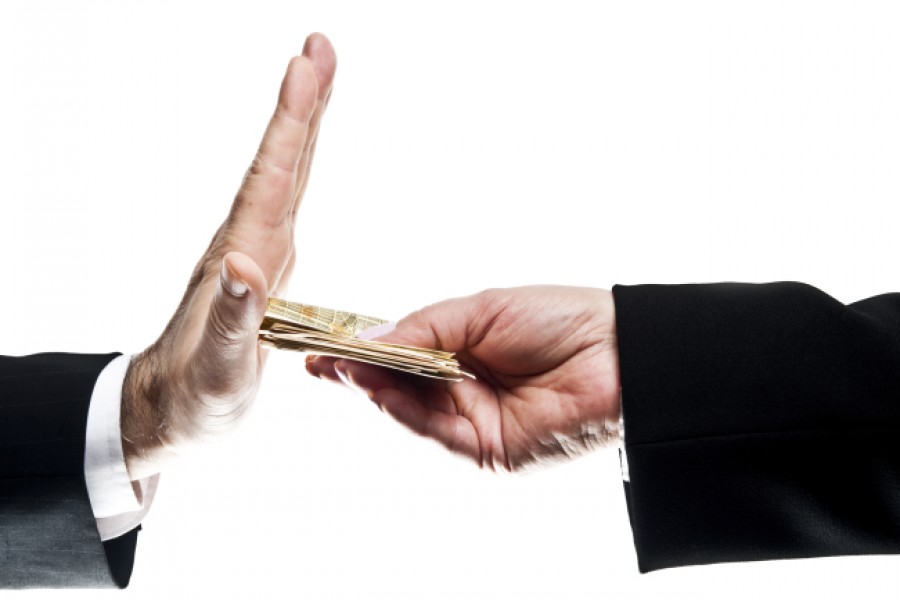 Corruption has been institutionalised in land registration offices across the country, says a research report of the Transparency International Bangladesh (TIB) unveiled last week.

No service is available without underhand dealings. Service seekers have to pay bribes ranging between Tk 500 and Tk 5,00,000 in every step of land-related services, said the report.

Underhand dealings in land registration offices are very widespread. Some 3.6 million land records were registered in 2017-18 across the country and almost all service seekers had to pay bribes ranging between Tk 1000 and Tk 5,00,000. Bribes amounting between Tk 20,000 and Tk 2.0 million change hands involving recruitments, transfers, promotions and other processes, the report said. The district registrar and sub-registrar offices are among the most corrupt places in the country.

The internal control system in land offices is not functioning properly and political influence is pervasive in land offices. The people are not that conversant with rules and process of land registration. A vicious circle comprising local goons, well-connected people and land office staff do take advantage of this situation.

Not only in land offices, widespread and pervasive corruption in most of the government and public administration is now the number one problem of the country.

In a developing country like Bangladesh, most effective action against corruption is to raise the awareness of all officers and staff in the public service and increasing the level of control, that is by having matters that would lend themselves to corruption processed by more than one official, or through increased vigilance on the part of superiors.

Particular emphasis should be on a consistent supervisory control. Senior officials and heads of organisation should undergo training to acquaint themselves with ways of exercising control and supervisory functions. Concrete guidance on anti-corruption measures should be made available to them so that they can respond in a competent way in an individual case.

Curbing this corruption is urgently needed for alleviation of poverty.  A large segment of the country's population lives below the poverty line. All the governments since independence sanctioned huge sums of money in the budget for poverty alleviation. A major portion of the money allocated for poverty alleviation has been obtained from foreign aid and grants.

But major portion of this allocation is siphoned off, thus the desired level of poverty reduction has not yet been attained. Nobody bothers to keep corruption a secret now. From many corruption database report published by the TIB, it is evident that corrupt tendencies exist in all classes of officers and employees. All officials, from the lowest classes to the highest ones, are more or less engaged in corruption.

Thus the alarming scale of corruption in the country is plain to see, and it is recognised that the efforts for combating corruption in Bangladesh has remained surprisingly inadequate. Here, the country's institutional failures deserve special mention.

Against this backdrop, the Anti-Corruption Commission (ACC) can firmly  deal with the unbridled corruption that is so deeply embedded in the country's socio-political and administrative systems. Of late, the commission seems to be gearing up its operations with a renewed vigour.

An anti-corruption strategy should thus be developed in order to bring about a reform in the public sector. There is a need for proper use of information technology (IT) that provides opportunity for increasing transparency.

All government offices should, therefore, be run through online multi-media system. The people must have channels to report corruption that should be readily accessible.