The achievements in 70 years of PRC 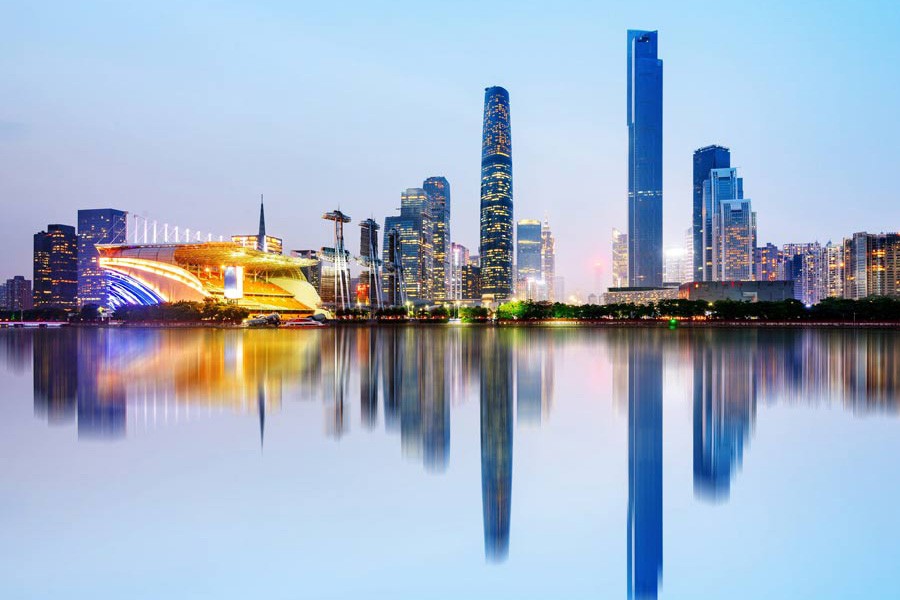 The next October 01, 2019 will mark the 70th anniversary of the founding of the People's Republic of China. President and Chairman of the Central Military Commission Xi Jinping, who will be the guest of honour, will inspect troops along Chang' an Avenue in Beijing and address the nation.

The founding of the People's Republic of China was officially proclaimed by Chinese Communist Party's chairman Mao Zedong on October 01, 1949 at Tiananmen Square in Beijing. The first public parade of the then new People's Liberation Army took place there, following the Chairman's address of the formal foundation of the new republic.

This year marks 70 years since Mao Zedong stood in Tiananmen Square in Beijing and declared the beginning of the People's Republic of China. To the outside world, China's transformation from a poor agrarian society into one of the world's most powerful economies is nothing short of miraculous.

China was essentially a country that had fought its way through two wars and was on its knees and battered -- the idea that in 70 years it would be the second biggest economy in the world… and a major global player would have seemed very unlikely indeed.

But for those who lived through these years, the pace of change has been dizzying and at times jolting. Almost no other country has experienced shifts as dramatic as China has -- almost as if each generation has lived in an entirely different country.

The Chinese who grew up in the early days of the People's Republic remember ration cards, mass hunger, and political campaigns like the Cultural Revolution, which upended the country between 1966 and 1976 and whose effects still linger today.

In the decade later on, the Chinese leadership pursued economic policy even more aggressively by opening up stock markets, reforming state-owned companies, and encouraging imports and exports, all in the name of creating a 'socialist market economy'. As a result, Chinese millennials have grown up in relative wealth as the country became the world's leading manufacturer.

The ruling Chinese Communist party has hailed the last seven decades as an undeniable success in nation building, a credit to the government's steady hand.     Since initiating market reforms in 1978, China had shifted from a centrally-planned to a more market-based economy and experienced rapid economic and social development.

GDP growth, according to latest statistics, averaged nearly 10 per cent a year -- the fastest sustained expansion by a major economy in history -- and more than 850 million people got out of poverty cycle.

China reached all the Millennium Development Goals (MDGs) by 2015 and made a major contribution to the achievement of the MDGs globally. China's GDP is now heading for a more balanced and sustainable growth, and it remains relatively still high by current global standards.

With a population of 1.3 billion, China is the world's second largest economy and the largest if measured in purchasing price parity terms. China has been the largest single contributor to world growth since the global financial crisis of 2008.

The country is on track to eliminate absolute poverty by 2020 according to its poverty standard. Its per capita rural net income is RMB 2,300 per year in 2010 constant prices. China's rapid economic growth exceeded the pace of institutional development, and there are important institutional and reform gaps that it needs to address to ensure a sustainable growth path.

China's 13th Five-Year Plan (2016-2020) highlights the development of services and measures to address environmental and social imbalances, setting targets to reduce pollution, to increase energy efficiency, to improve access to education and healthcare, and to expand social protection.

The fact that the world reached its UN millennium development goals of halving extreme poverty was largely driven by China, which accounted for more than three quarters of global poverty reduction between 1990 and 2005. Similarly, such development fuelled the ballooning of the Asian middle class that underpinned global economic convergence and a reduction of inequality between countries.

China became the world's manufacturing hub, specialising in the labour-intensive, export-led production of cheap goods that enabled a gradual increase in product complexity. In a nutshell, its growth strategy was to assemble and sell cheap goods to the world. This trend of China's economic progress on global poverty statistics is not surprising considering that it accounts for about 18% of the world's population.

Between 2010 and 2016, private sector firms produced between two-thirds and three-quarters of China's GDP; which accounts for 90 per cent of China's exports. This is quite a recent development and part of the frequently discussed economic rebalancing that China is undertaking.

Services are also the most important driver of job creation. An 1.0 per cent increase in services output generates one million jobs, compared to only half a million jobs created by a similar increase in industrial output. Wages outside of the agriculture sector are typically three times higher than wages in agriculture, so all things equal this makes people better off.

This growth in services is reflected in a growth in wealth and disposable household income. Chinese consumers are spending more on lifestyle services and experiences while also moving from mass to premium segments. What is more, happiness and a balanced life are increasingly prized as the Chinese middle class moves up the income ladder.

Among the fastest growing sectors of the economy are healthcare, technology, education and entertainment -- which are gaining its importance in light of China's economic rebalancing. Since the 1990s, state-owned enterprises (SOEs) have been revamped through closures and mergers.

China also has the world's largest foreign exchange reserves of $3.21 trillion. Furthermore, between 2005 and 2016 China's total global investment and construction activities amounted to a value of about $1.2 trillion. A big part of this investment comes in the form of development finance.

It may then not come as a surprise that China has doubled the available financial capital for development finance globally over the past decade and accounts for more such loans than the world's six major multilateral institutions combined.

By 2030 China is expected to be the world's largest economy. As the overview shows, obstacles await, such as facilitating domestic consumption and lower savings, reducing debt levels, reforming the SOE sector and realising a balanced and healthy rise in prosperity with growing living standards for all. Yet the country is on its way to reclaim its position as the world's largest economy amid the Fourth, not the First, Industrial Revolution.

As the global economy and trade face a downturn and China is in the frontline of a trade war, it's not surprising for China to have unsteady foreign trade. But this doesn't reflect the fundamentals of the Chinese economy. Nevertheless, its economy is undergoing great structural adjustments, transiting from being investment-driven to innovation-driven and from being foreign trade-led to consumption-led.

Although the trade war has led to short-term chaos in the Chinese and world market chains, China's foreign trade has increased in many ways, particularly in countries along the routes of the China-proposed Belt and Road Initiative. Besides, the trade war has further stimulated China's structural adjustment.

China is continuing infrastructure development and accelerating innovations. Policy support for domestic consumption and willingness to consume are growing stronger. All these provide an impetus to the Chinese economy, which has not been negatively affected by the trade war.

Improving people's lives has become an increasingly apparent axis for all of China's economic activities. The country is quite busy working on education, medical care, environmental protection, tourism and transport routes. The trade war can never disrupt Chinese people's increasing demand for a better living and the stronger internal impetus to develop.

Regardless of how the trade war goes, the Chinese economy reflects how the country solves its problems, and the economic growth corresponds to the improving living standards in China. The Chinese economy is growing like a young man who shows huge potential for a clear goal. .

Having the world's fastest-developing productivity, China also focuses on high-quality economy with a reliable timetable and road map supported by the Chinese people's demand for a better life.

All said and done, each and every nation has definitely a lot to learn from Chinese pattern of steering the economy to the new height. Many things can be learnt from Chinese experiences of achieving growth in a sustainable way. Most of the developing nations should have bilateral cooperation with China in their own interests.