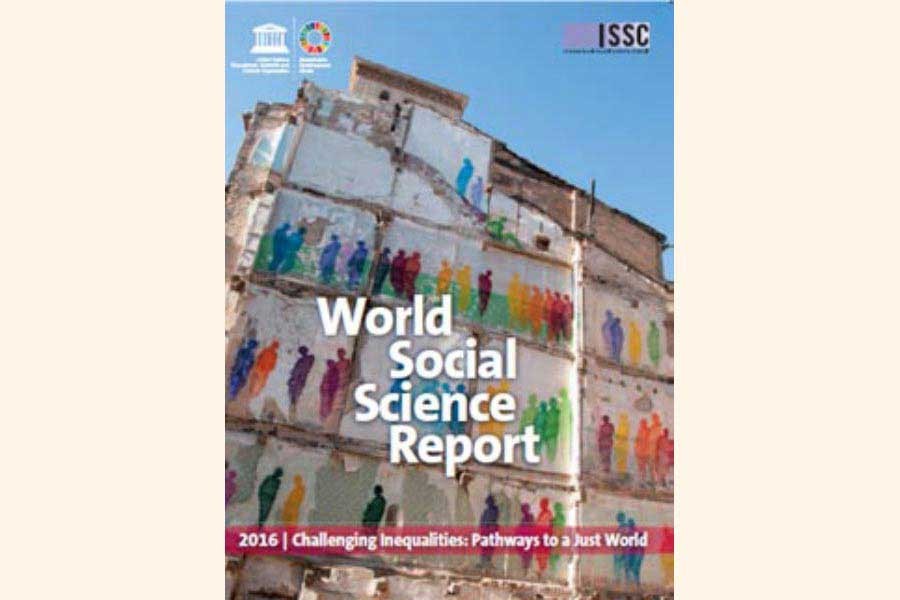 Inequality is one of the key challenges of our time. Numerous studies conclude that in 2015 almost half of all household wealth was owned by 1 per cent of the global population (Crédit Suisse, 2015) and that the sixty-two richest individuals owned as much as the bottom half of humanity (Oxfam, 2016). A 2014 Pew Research Center study also indicates that a majority of people in all of the forty-four countries polled described the gap between rich and poor as a problem for their country. Economic inequalities in income and wealth, social inequalities in health, education and access to welfare services, gender and racial inequalities, cultural and religious discrimination, barriers to political participation, all are main instances of inequalities. All these inequalities obviously go against widely shared values of social justice, equitable and sustainable development, individual freedom and empowerment, cultural pluralism and peaceful coexistence.

Inequalities are a major concern for social science today. Social scientists have long been studying the various dimensions of inequality both among and within countries, with the help of different theoretical paradigms and research methods. Inequality is also rising up on the agenda of public discourse. More and more political leaders, social activists and concerned citizens are now becoming aware of the relationships and intersections between different forms of inequality and also other global challenges, including climate change and sustainable development, peace and conflict, corruption, crime and terrorism, education and health. Addressing inequality is, therefore, key to eradicating extreme poverty, fostering transformations to sustainability, promoting social advancement, reducing conflict and violence, and developing inclusive governance.

The 'World Social Science Report 2016' draws on the insights of over 100 social scientists, practitioners, activists and other thought leaders from all over the world, across various disciplines, as well as voices that may be less frequently heard in academic debates on inequalities, to emphasise transformative responses to inequality of all levels, from the grassroots to global governance. The report recognises that the issues of poverty, inequality and social justice are very much interrelated. Although inequality is the main entry point to the analysis, issues related to poverty, inequity and injustice are also examined, as are responses to those issues. The report covers seven dimensions of inequality, and attempts to study their configurations in different contexts. They are: i) Economic inequality; - it refers to differences between levels of incomes, assets, wealth and capital, and living standards, including inequalities in employment. ii) Social inequality; - it is defined as the differences between the social statuses of different population groups such as classes, castes, or age groups. It refers to systemic imbalances rooted in the functioning of social institutions, such as education, health, justice and social protection. iii) Cultural inequality; - it refers to discriminations based on gender, ethnic and racialised categorisations, religion, disability and other group identities, rooted in cultural justifications and historic practices. iv) Political inequality; - it is defined as the differentiated capacity for individuals and groups to influence political decision-making processes and to benefit from those decisions. Political inequality also refers to unequal opportunity to enter into political action. v) Environmental inequality; - it refers to levels of environmental protection, access to natural resources and opportunities to benefit from their exploitation, and exposure to pollution and to risks of natural hazards and disasters. vi) Spatial inequality; - it is used to describe disparities in economic activity and income across spaces, typically between centres and peripheries, between urban and rural areas, and between regions with more or less useful resources. vii) Knowledge inequality; - it comprises the numerous factors influencing access to different sources and types of knowledge, as well as the consequences of these disparities. It also includes the question of whose knowledge counts and what types of knowledge are considered most important. Knowledge inequalities between individuals and groups affect the capacity to make informed decisions, to access services and to participate in political life.

The publication is divided into four main parts containing seven chapters. Parts I, II and III are introduced by a synthesis article, discussing key points made in the various contributions to the report, in the light of current academic discussions and societal debates. Each chapter includes a number of articles, providing state-of-the-art inputs and detailing specific cases and methodological points. Part I begins with a discussion of current trends in economic inequality around the world, and then enlarges its scope to consider the other intersecting dimensions of inequality (Chapter 1: Inequalities: many intersecting dimensions). It then focuses on particular regions and countries, to analyse some specific configurations of inequality's many dimensions, and how inequalities can be rooted in history and culture (Chapter 2: Inequalities in different parts of the world). Part II explores the consequences of inequality for economic growth, poverty, conflicts, sustainability and more generally our collective capacity to address global priorities, such as through the 2030 SDG Agenda. It also addresses the consequences of intersecting inequalities on certain groups (Chapter 3: Consequences and interactions of multiple inequalities). A chapter is dedicated to articles about possible futures for inequality, on the basis of some trends observed today (Chapter 4: Inequality futures).

Part III of the report moves the discussion on to consider various pathways toward greater equality. It presents some examples where changes in rules (such as public policies and legal mechanisms) have contributed to reducing inequality or halting rising inequality (Chapter 5: Changing the rules), and to the outcomes of mobilisations for change (Chapter 6: Mobilising for change). On the basis of all these contributions, new gaps are identified and recommendations are made for future global research on inequality (Part IV: Transformative Knowledge for a Just World). In a world in which knowledge ultimately shapes power and voice, and vice versa, the fundamental inequality in the production of knowledge about inequality itself must be addressed. In this regard, this well-documented publication rightly draws our attention to several key priorities for social science research and action: 1) Expanding collective wisdom about inequality in the most affected areas, through support for geographically focused research efforts; 2) Supporting further work on understanding the multiple dimensions of inequality and their interactions; 3) Identifying how inequality is affecting the middle classes in emerging economies and in high-income countries; 4) Examining how recent, rapid technological change (for example, in robotics, machine learning and biotechnology) affects forms of inequality; 5) Analysing how global power relations produce and reproduce various forms of inequality in interaction with local contexts; 6) Identifying what kinds of policies can lead to effective, deep and lasting change towards greater equality in specific contexts, for instance in relation to gender; 7) Developing and promoting new synthetic approaches to research on inequality, which link across knowledge, policy and practice, and across disciplines and scales; and so on.