As India goes, so Bangladesh follows? 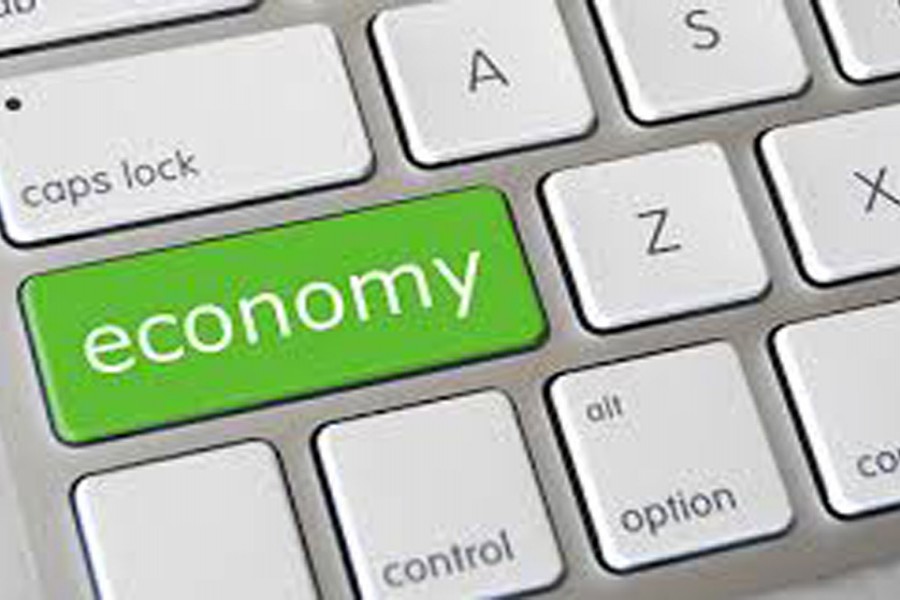 With the Indian economic growth-rate now predicted to slip to 6.6 per cent over the next five years, the Asian Development Bank (ADB) finding raises questions if how such a slump to even a very respectable level from 7.0 per cent this year could spawn a regional slowdown. If one looked at Pakistan's Prime Minister Imran Khan scrambling from Beijing to Riyadh/Qatar, thence Washington, DC, to bail his country out of its huge accumulated debts, one could easily swallow the dismal logic. Even the pacesetting Bangladesh growth-rate of 8.1 per cent, projected for the 2019-20 fiscal year, is likely to dip next year. By the most optimistic ADB prediction, it would nudge downwards to only 8.0 per cent, but the perennially pessimistic World Bank counterpart hovers around 7.2 per cent (against the government's 8.2 per cent expectation). One might begin to ask the question if this fits the locomotive argumentation:  dominant economy pulling others in the region in the same direction, thus spelling the fate of those follower countries, often much to their dismay.

Might Bangladesh's net economic outcome fit that bill, tip-toeing India's? For a start, although both economies face more downwardly-pulling constraints presently, whereas India's status is grim enough for the government to at least acknowledge a retreat, Bangladesh's giddy performances this year prevents the government from accepting contrary drifts. One must also contrast the multifaceted Indian economy from the largely single-commodity-anchored Bangladesh counterpart; and indeed, how the multi-sectored Indian economy, dabbling as it is at some areas of cutting-edge technology, is not in the same league as Bangladesh's low-waged primary-product-driven identity. The Fourth Industrial Revolution haunts both sporadically and in spurts, but whether as a causal factor or through its consequential impacts, the two countries differ widely. Similarly, though both countries have plunged deep into building infrastructures, the outcome might expose how far apart these two economies may be for any locomotive reasoning: locomotives may spawn similar consequences, but contextual factors cannot be simply obscured from analytical exercises.

Beginning with infrastructure-building, India's head-start from the 1990s streamlined almost perfectly the country's neo-liberal embrace from 1991: public finance paved the way, construction boomed, and the wider economy gelled from the obvious spillovers. The spurt lasted long enough to make India a global economic growth-rate leader, often in conjunction with other Asian countries, primarily behind China's sustained stellar performances, but increasingly, until recently, riding far higher than its emergent northeast rival.

For believers of integrative growth, the yawning gap with other crucial sectors became increasingly worrisome: these one-time expenditures cannot sustain the high original employment levels, meaning higher concentration of one type of employment undermined industrial diversification. As budget deficits ballooned, secular factors worsened the picture. Although Indian neo-liberal strides were matched by additional, and necessary, emphasis on education, both spreading across the country and accelerating its known area of comparative advantage (in the form of STEM arenas: science, technology, engineering, and mathematics). The advent of artificial knowledge tripped these strides: it exposed how only a handful of students could benefit from these advances, since elevating the masses with more technical skills needed far more structural changes in education, availabilities of those diversified jobs previously neglected, and lots of competition for funding when resources began drying up. Not enough of India's youths were moving out of construction and low-wage jobs since, either there was nowhere else to go to, or whether job-prospectors had the necessary skills on the spot in an age demanding instant mobility in stubborn tradition-structured societies.

This is the ghost slowly sapping India's vital presently: a financial-construction combination upon which politicians and patronage splurge without end. Such a setting does not predict growth at a higher rate than the more disseminating and diversifying present era, and since these features carry the symptoms of a vicious cycle, that growth is more poised to turn in the reverse, negative direction than progress sooner or later.

Bangladesh may have the export contracts to predict high, even higher, growth-rates in the immediate future: after all, it has enough RMG (ready-made garments) inquiries and incoming (off-shoring) factories to back that up. Close encounters of a neutral kind will still say those contracts are approaching their historical peak already, or will do so soon given not just the secular Fourth Industrial Revolution forces promoting automation, but also the idiosyncratic competition from not only an emergent Africa, vibrant Vietnam, and calculated Cambodia, but also a global economic stagnation from such peculiarities as the Brexit uncertainty, Trump tariffs, and China, the fastest growing economy of the past generation, facing headwinds, experiencing tailspins, and contracting more than it should at the macro level.

There is a rough symmetry between India's 3-decade finance-construction economic ride and Bangladesh's 3-decade RMG boom: too much single-sectored attention neglected too many other arenas to breed any integrative economy; and though India's infrastructural sojourn accompanied that economic ride in a way that did not our RMG boom, both still seem set to chew away enough of each country's vitals without predicting any nirvana. In other words, India's financial crunch today foretells a probable Bangladesh pathway if we do not immediately tighten our expenditures and fasten our seat-belt: fiscal deficits, trade imbalances, remittance outflows, smuggling, and the likes, show how our consumption levels have far outstripped our productive capacities, even more dangerously, how the former remains on an expanding mode with the latter contracting/constraining.

Big differences also litter the portrait. Like India once did, we also are beginning to splurge into public finances now, the key difference being our greater reliance on foreign borrowing, especially from China. Thus far we have been responsible with the limits, but the cliché, push turning to shove, happens far faster in finance, and especially upstart financing, as across South Asia. As in India, politics and patronage can take more than a toll on our debts, as if we do not know from how over 11 per cent of our non-performing bank loans have not, and will not, be paid for precisely reasons such as these.

India fencing Bangladeshi borders also exposes why the locomotive theory is not symbolically correct: we trade less of our chief exports with India to have it rock the bilateral relations; and many of India's exports tend to be short-term or one-timers, such as fossil-fuels, which we know we will leave behind us soon.

If at any moment ever, diversification and transparency, the hallmarks of competition, have become ideas whose time has really come. When it is acted upon, we will see the vast differences between what the locomotive theory suggests and that ancient gem of an idea dubbed comparative advantage.