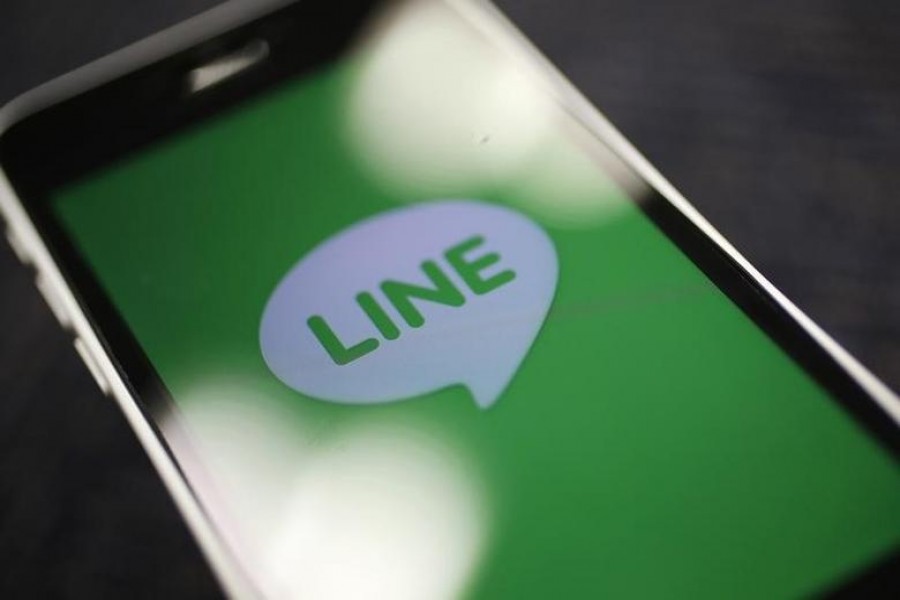 The logo of free messaging app Line is pictured on a smartphone in this photo illustration taken in Tokyo September 23, 2014. REUTERS/Toru Hanai

Japan's biggest search engine and messaging app are set to merge under a deal agreed by their parent companies.

Yahoo Japan is the country's biggest search engine, and has e-commerce and online banking subsidiaries.

Line is the country's dominant messaging app, and is also popular in Southeast Asia and Taiwan.

Analysts say the merger will help the companies compete with Japan's other online giants.

Yahoo Japan has long offered a diverse range of services but has lagged behind many of its competitors, said Seijiro Takeshita, from the University of Shizuoka.

"This will be a very big headache and threat to the players like NTT Docomo and Rakuten," he said.

While Google is the predominant search engine in the US and Europe, Yahoo is Japan's most popular search engine, according to a BBC report.

Yahoo Japan is no longer linked to its US namesake, which sold its remaining stake in the company in 2018.

Line, which is owned by South Korean company Naver, has roughly 80 million users in Japan and a similar number in Southeast Asia and Taiwan.

The app itself is perhaps best known for cartoonish stickers, a feature which its competitors have also adopted.

The deal could also make it a dominant player in the payments market in Japan.

Softbank already has its own payment service PayPay.

With this deal, it will scoop up Linepay, which is used by many of its competitors.

"I think there will be a lot of game-changing issues that will go on," said Mr Takeshita.