US, Chinese trade deputies face off in Washington amid deep differences 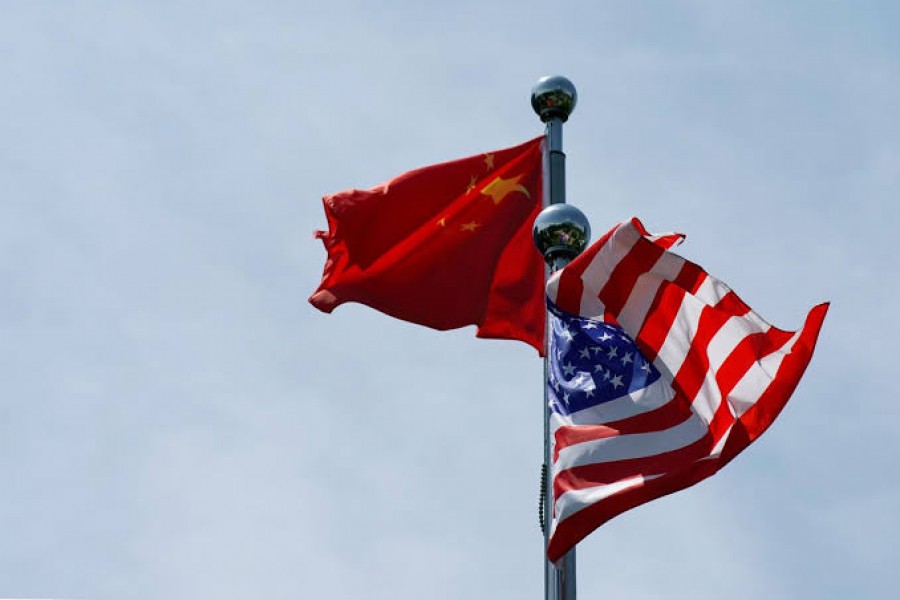 Chinese and US flags flutter near The Bund, before US trade delegation meet their Chinese counterparts for talks in Shanghai, China, July 30, 2019. Reuters/File Photo

US and Chinese deputy trade negotiators were set to resume face-to-face talks on Thursday for the first time in nearly two months as the world’s two largest economies try to bridge deep policy differences and find a way out of a bitter and protracted trade war.

The negotiations on Thursday and Friday are aimed at laying the groundwork for high-level talks in early October that will determine whether the two countries are working towards a solution or are headed for new and higher tariffs on each other’s goods.

A delegation of about 30 Chinese officials, led by Vice Finance Minister Liao Min, were set to launch talks on Thursday morning at the US Trade Representative’s (USTR) office near the White House. The US side is expected to be led by Deputy USTR Jeffrey Gerrish.

The discussions are likely to focus heavily on agriculture, including US demands that China substantially increase purchases of American soybeans and other farm commodities, a person with knowledge of the planned discussions told Reuters.

Two negotiating sessions over the two days will cover agricultural issues, while just one will be devoted to texts covering core changes to strengthen China’s intellectual property protections and end the forced transfer of US technology to Chinese firms.

“Sessions on agriculture will get a disproportionate amount of air time,” the source said, adding that one of these sessions also will include a focus on US President Donald Trump’s demand that China cut off shipments of the synthetic opioid fentanyl to the United States

Trump is eager to provide export opportunities for US farmers, one of his key political constituencies who have been battered by China’s retaliatory tariffs on US soybeans and other agricultural commodities.

US Treasury Secretary Steven Mnuchin, who will participate in the October talks along with USTR Robert Lighthizer and Chinese Vice Premier Liu He, has said that currency issues will be a focus of the new rounds of talks.

Mnuchin formally declared China a currency manipulator last month after the yuan slipped below 7 to the dollar, accusing Beijing of pushing its currency lower to gain a trade advantage.

Trump has said that China failed to follow through on agricultural purchase commitments made by its president, Xi Jinping, at a G20 leaders summit in Osaka, Japan as a goodwill gesture to get stalled talks back on track. China has denied that such commitments were made.

When such purchases failed to materialise during US-China trade talks in late July, Trump quickly moved to impose 10 per cent tariffs on virtually all remaining Chinese imports untouched by previous rounds of tariffs.

But in an easing of tensions last week, Trump delayed a scheduled October 01 tariff increase on $250 billion worth of Chinese imports until mid-month, as China postponed tariffs on some US cancer drugs, animal feed ingredients and lubricants.

Beijing also is seeking an easing of US national security sanctions against telecom equipment maker Huawei Technologies [HWT.UL], which has been largely cut off from buying sensitive US technology products.

The trade war, which has dragged on for 14 months, has rattled financial markets as policymakers and investors worry about the broadening global economic fallout of the dispute.

The spectre of a global recession has prompted central banks around the world to loosen policy in recent months. The Federal Reserve on Wednesday cut rates for the second time this year, saying the reduction provided “insurance against ongoing risks” including weak world growth and resurgent trade tensions.

Trade experts, executives and government officials in both countries say that even if the September and October talks produce an interim deal that includes purchases and a reprieve for Huawei, the US-China trade war has hardened into a political and ideological battle that runs far deeper than tariffs and could take years to resolve.

Jon Lieber, a principal in PwC’s national tax services practice, said a possible “very narrow agreement” in October would do little to solve fundamental differences between the two countries.

To keep markets steady, the two sides could well “string along the talks for a longer period of time,” he added.

Representative Kevin Brady, the top Republican on the House Ways and Means Committee, told reporters on Wednesday that he was cautiously optimistic about the talks.

While he is no fan of tariffs, Brady said Trump was right to challenge China’s trade actions.

“Zero is always best, but there is a necessity to change the whole trading relationship with China.”

Another cargo service rolls out today

Visa, AMEX credit card bills can be paid through bKash

India in talks with EU for trade deal, open to pact with UK