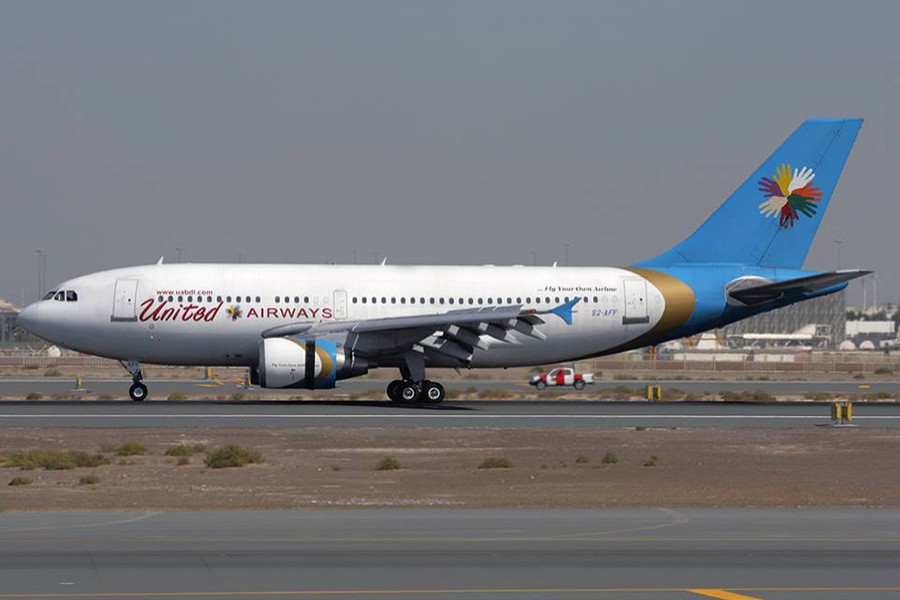 The busted United Airways has made a fresh move to resume flight operations nearly four years after it suspended the service, sources said.

The privately-owned airline, saddled with liabilities, recently sought the prime minister's intervention and necessary directives to this effect.

Reviewing their plea, the Prime Minister’s Office (PMO) prepared a synopsis paper on the airline and then presented it to PM Sheikh Hasina.

She instructed finance ministry to look into the issue, although it clearly stated that financial assistance from the government is not logical for this case.

According to a competent source, the closed carrier's appeal for resumption of operations is now under the government's scrutiny.

The ministry is looking into the matter in line with the premier's directive to this effect, he said.

Accordingly, Mr Kamal has asked finance secretary to do the same.

United began life in 2005 and launched commercial operations in July 2007, but it closed shop in March 2016 for financial and other operational shortcomings.

On July 12, 2010, it was listed with Dhaka and Chattogram stock exchanges.

After listing, the company floated 10 million shares to raise Tk 1.0 billion from the capital market through the initial public offering.

Bangladesh Securities and Exchange Commission (BSEC) gave the go-ahead to issue shares (institutional stake) to get aircraft worth of Tk 4.0 billion (400.80 crore).

United also got the nod to collect an additional 2.24 billion through issuing bond. But it could not collect the funds for suspending operations.

Currently, most shareholders of the airways are now in panic for a fall in share prices.

On Wednesday, per share of United Airways was sold at Tk 1.30 against the face value of Tk 10.

Now, United is trading as a Z-category company. It last declared 10 per cent stock dividend for fiscal year 2014-15.

People familiar with the matter said the domestic airline owes more than Tk 1.92 billion with the Civil Aviation Authority of Bangladesh (CAAB).

Besides, United has dues with several airports in Saudi Arabia, India and Malaysia, which had already informed to the CAAB and the ministry concerned over the issue.

The government representatives sought explanation from the airways over the issue, according to them.

There are 10 carriers in United's fleet. It operated several domestic and a few international flights.

In August 2018, United held a meeting with government representatives, including CAAB chairman, at civil aviation and tourism ministry.

Still, the airline has a large number of employees on its payroll despite incurring huge losses.

CAAB sources said the regulator had discussed the matter of resuming United's operations at several meetings when the CAAB board asked it to file a plan.

But United could not submit a plan to the CAAB.

United have some broken aircraft grounded at different airports at home and abroad.

The CAAB asked it several times to remove the planes that occupy spaces at local airports, but to no avail.

Earlier, an Indian airport removed one of its aircraft.