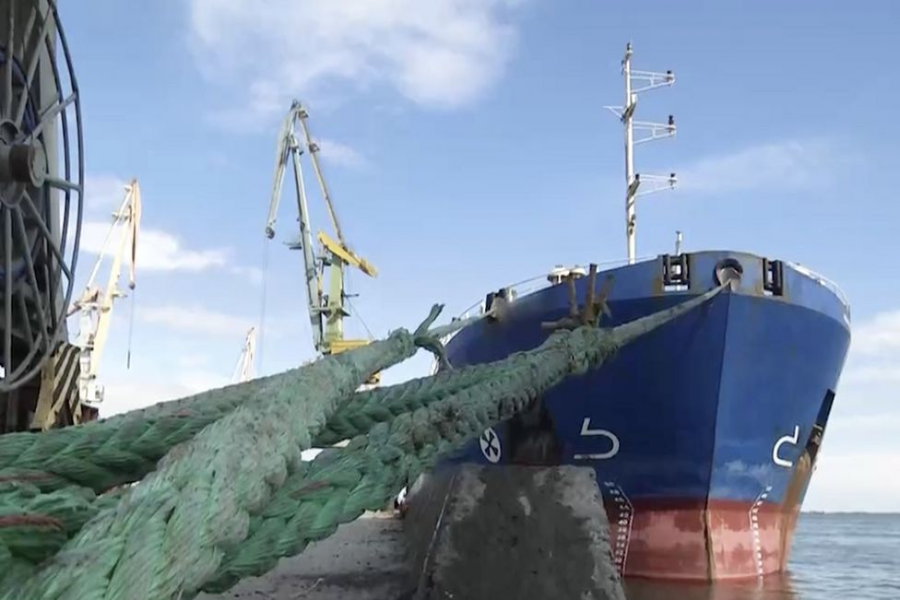 The Zhibek Zholy pictured in Berdyansk. Photo: Telegram via BBC

Ukraine had previously asked Turkey to detain the Russian-flagged Zhibek Zholy cargo ship, according to an official and documents viewed by Reuters.

Reuters reporters saw the Zhibek Zholy ship anchored about 1 km from shore and outside of the Karasu port on Sunday, with no obvious signs of movement aboard or by other vessels nearby.

"We have full co-operation. The ship is currently standing at the entrance to the port, it has been detained by the customs authorities of Turkey," Ambassador Vasyl Bodnar said on Ukrainian national television.

Bodnar said the ship's fate would be decided by a meeting of investigators on Monday and that Ukraine was hoping for the confiscation of the grain.

Ukraine has accused Russia of stealing grain from the territories that Russian forces have seized since Moscow's invasion began in late February. The Kremlin has previously denied that Russia has stolen any Ukrainian grain.

A Ukrainian foreign ministry official, citing information from Ukraine's maritime administration, told Reuters on Friday the 7,146 dwt Zhibek Zholy had loaded the first cargo of some 4,500 tonnes of Ukrainian grain from Berdyansk, a Russian-occupied port in south Ukraine.