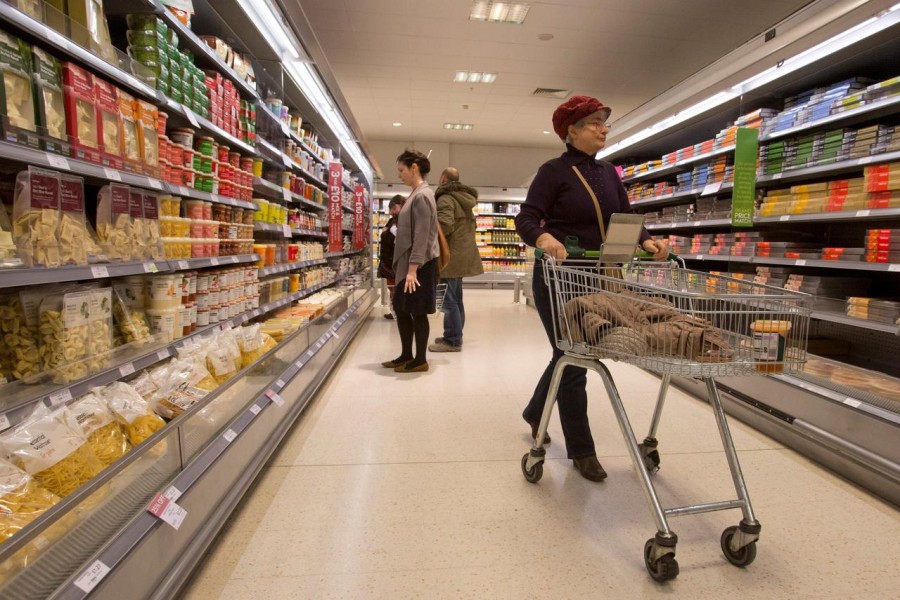 Britons made over 79 million extra grocery shopping trips in the four weeks to March 21 year-on-year as they stocked their “pandemic pantries”, driving a 20.5 per cent jump in supermarket sales, industry data published on Tuesday showed.

The data showed that in the week ending March 21, two days before Prime Minister Boris Johnson announced the full UK lockdown to try to contain the coronavirus spread, sales rose 43 per cent compared to the same period last year.

Nielsen found that in the four-week period shoppers typically added just one extra item to their basket during each shopping trip, with the average shopping basket increasing from ten items to eleven items, and average basket spend rising from 15 pounds ($18.6) to 16 pounds, Reuters reported.

“As well as increased store visits, consumers opted to shop online - many for the first time. However, unlike stores there is a finite capacity for online grocery shopping, due to warehouse capacity and available delivery slots, and this will have limited the growth of online sales.”

Nielsen data showed that in the last week of February and the first week of March, shoppers focused on “stockpiling” necessities, such as medicines, cleaning supplies, pet care items and ambient groceries, such as pasta and rice. This continued through to the third week, with a consistent rise in these “pandemic pantry” items.

In the week ending March 21, many shoppers had already filled their cupboards with the necessities, so they began to fill their freezers too. Sales of frozen food during this week rose by 84 per cent compared to the same period last year.

This was also the week, in which the government announced the closure of pubs and restaurants, resulting in a 67 per cent surge in beer, wine and spirits sales.

Nielsen said all UK supermarkets experienced significant growth in sales over the four week period, with market leader Tesco’s sales up 20.1 per cent and those at Sainsbury’s, Asda and Morrisons up 22.4 per cent, 17.2 per cent and 19.3 per cent respectively. Online grocery sales increased 14 per cent year-on-year.