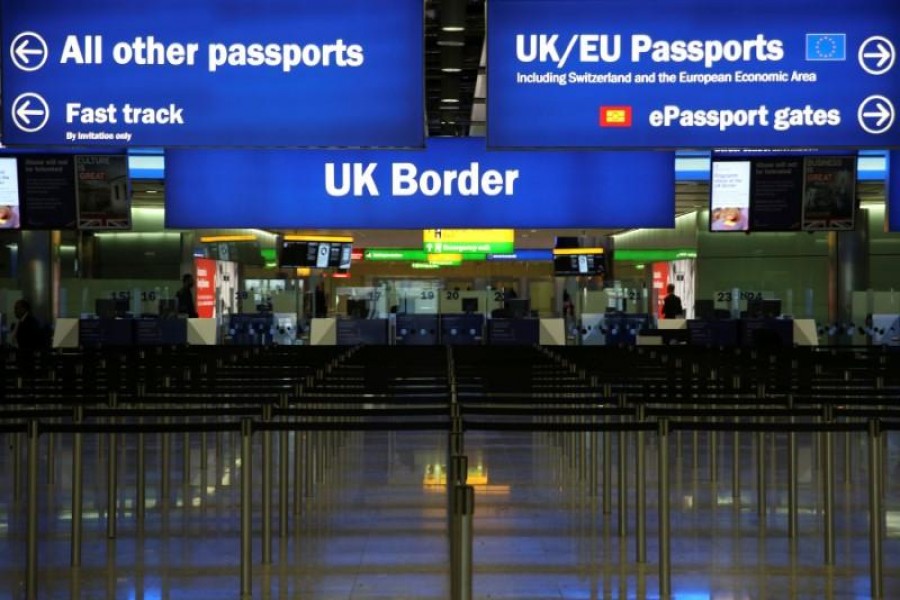 Britain will “turn off the tap” of foreign, low-skilled labour and require all skilled workers wishing to come to the country to have a job offer and meet salary and language requirements as it sets post-Brexit rules from next year.

Britain formally left the European Union at the end of January but a transition period is in effect until December 31, during which time little changes.

At the moment, European Union citizens are able to move freely between the member states, prompting some Britons to vote for Brexit in the 2016 referendum in a bid to bring down the number of people arriving in the country.

“Our new immigration system will turn off the tap of cheap, foreign low-skilled labour,” interior minister Priti Patel wrote in The Sun on Sunday newspaper.

“From next year, all skilled workers will need to earn enough points to work in the UK. They will need to speak English, have a firm job offer, and meet the salary requirements.”

Patel said “overall numbers” would fall under the plan.

Some opposition politicians have argued that restrictions on immigration could harm public services such as the National Health Service which in certain areas relies on EU citizens who work as nurses and doctors.

The government said it would award additional points to those working in sectors where there is a skills shortage.

London and Brussels will spend this year negotiating the terms of a post-Brexit deal which will come into force on January 01 with the battlelines already drawn over how much Britain will diverge from EU rules and regulations.