Trade through Benapole Port suspended till Oct 5 for Durga Puja 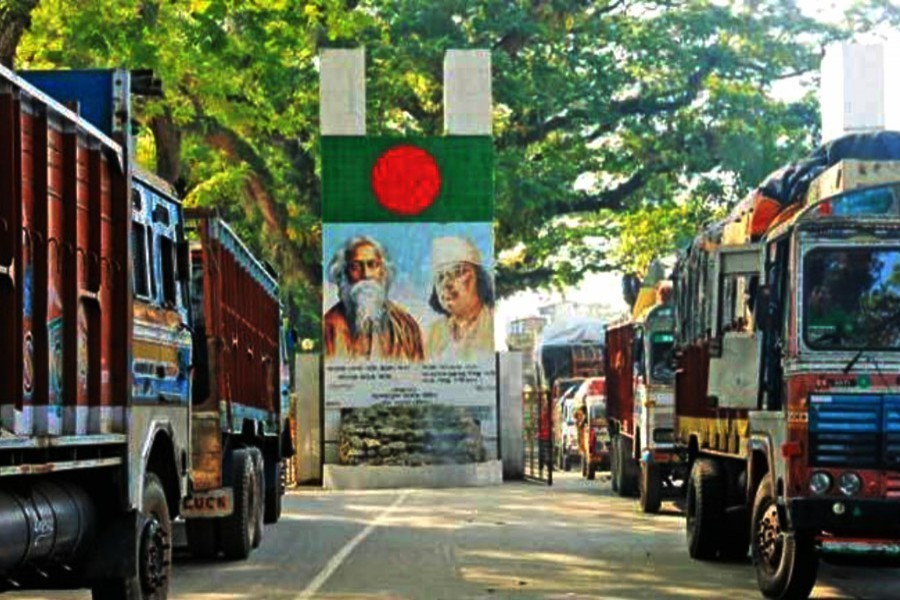 However, activities of immigration department at the port will remain as usual during the vacation.

"Due to Durga Puja vacation all export-import trade from the Indian side of Petrapole-Benapole border will remain suspended from October 2 to 5. The trade will resume again from October 6," said Kartik Chakraborty, General Secretary of Petrapole C&F Agents Staff Welfare Association.

Benapole Immigration Officer-in-Charge (OC) Abul Kalam Azad said due to Puja holidays, the movement of passengers to and from India will remain normal even though the transportation of goods through Benapole-Petrapole port will remain suspended, reports UNB.

"On the occasion of Durga Puja, the number of passengers traveling between the two countries has increased. From Sunday morning 7,000 passengers have travelled to India," said the immigration officer.

FBCCI to distribute winter clothes among the destitute