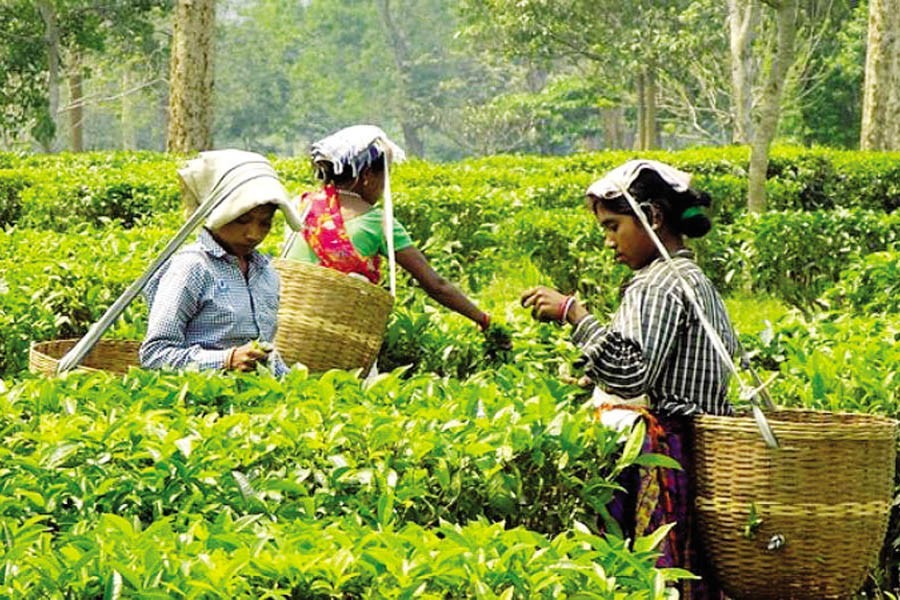 The apex trade body of tea producers has requested the government to allocate 1,800 tonnes of wheat at a subsidised rate for tea industry labourers for survival of the sector, sources said.

They also appealed to the government, if possible, to allocate the same amount of rice, instead of wheat, at a subsidised rate of Tk 28 per kg for the labourers.

The Bangladesh Tea Association (BTA) recently made the appeal in writing to the food ministry with a request to take steps to allocate either rice or wheat in the current month (August).

The Tea Workers Union has started an indefinite strike from Saturday aiming to realise their demand for wage hike.

The workers union has demanded to increase the daily wages of workers from current Tk 120 to Tk 300.

The government has given an allocation of 1,800 tonnes of wheat at a rate of Tk 14 per kg for the sector in the current fiscal year.

Tea producers distribute wheat at Tk 2.0 per kg to their workers and give Tk 14.50 in subsidy, BTA Chairman M Shah Alam said in the letter.

The tea sector is a prioritised industrial sector under the National Industrial Policy-2016.

The government has set a target to increase tea production to 140-million kg by 2025, aiming to meet the country's growing demand and increase its exports, according to the commerce ministry.

More than 115,000 permanent workers and over 0.35-million dependents are living in tea garden areas.

The domestic demand for tea is rising rapidly due to urbanisation and a change in consumer taste along with the growth of population.

Market diversification is necessary to increase tea production and its contribution to the national export earnings, according to a Bangladesh Bank review.

The primary importers of tea from Bangladesh were the United Arab Emirates, Pakistan, the USA, Saudi Arabia, Kuwait, Bahrain, Japan and China in January-March 2019.

Once a tea exporter, Bangladesh has recently turned an importer of the popular commodity.