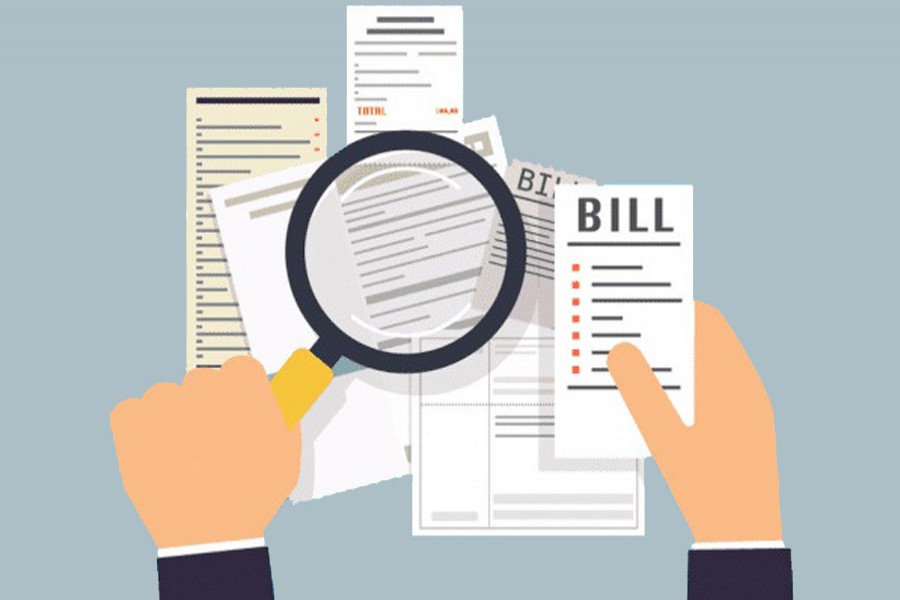 A task force has recommended taking punitive measures against a dozen of employees of utility service providers for their alleged involvement in providing 'inflated' electricity bills to consumers.

It also suggested serving show cause notices to some 300 employees, including engineers and meter readers.

The task force, headed by an additional secretary of Power Division, under the Ministry of Power, Energy and Mineral Resources, or MPEMR, submitted its report to the MPEMR on Saturday.

State-run Dhaka Power Distribution Company Ltd, or DPDC, will temporarily suspend four of its engineers and serve show cause notices to 36 others, said a senior DPDC official.

The official could not provide information about the action against the employees of Bangladesh Rural Electrification Board, or BREB, and Bangladesh Power Development Board, or BPDB.

However, he said the Power Division will hold a press briefing today (Sunday) to reveal the recommendations of the task force elaborately.

The task force was formed last week with a seven-day deadline to recommend punitive measures against those involved in providing 'ghost' electricity bills.

A good number of electricity consumers across the country allegedly got exorbitant bills over the past three months, it has been alleged.

Some of them alleged that the electricity bills for the month of April was almost double the previous month, which was much higher than the consumption and the expected amount.

Others alleged that they got inflated electricity bills even without consuming electricity.

A group of consumers also alleged that their readings were shown slightly above the next available slabs by the utility providers only to collect 'exorbitant' money.

The government, however, waived surcharge on late payments of electricity bills for the months of March, April and May, and assured to adjust the additional bills immediately.

Emirates expanding its network to 70 destinations