Tannery relocation yet to yield benefits 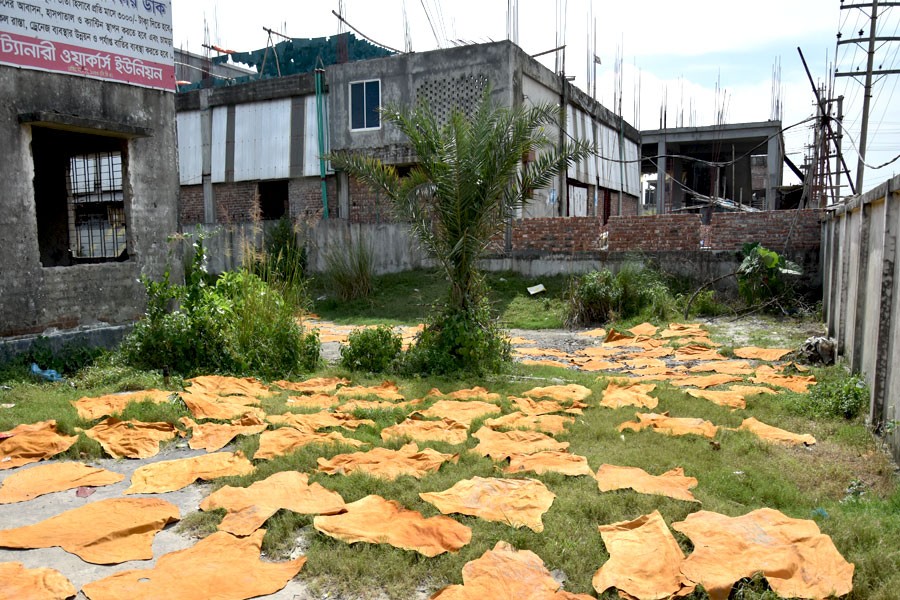 The relocation of tanneries from Dhaka city to Savar has hardly yielded any benefit for the sector so far while making almost no contribution to better the environment and ensure labour rights, speakers said at a dialogue on Monday.

They also expressed concern over the deteriorated living condition of the employees at the new industrial estate, which lacks most of the basic facilities for the workers like social security and occupational safety.

They raised the concerns at a social dialogue on 'Tannery Workers After Relocation to Savar: Challenges and Way Forward' organised by Bangladesh Labour Foundation (BLF) at the National Press Club.

Inspector General (IG) of the Department of Inspection for Factories Establishments (DIFE) Shib Nath Roy attended the programme as the chief guest.

Mr. Shib Nath Roy said the leather sector deserved more attention from the government like that of the apparel sector.

Mentioning the DIFE's manpower limitation, he said that his office would widen its purview for monitoring the leather sector more closely. "The DIFE has sent a proposal to the government for increasing the number of workforce."

Developed on 199.40 acres of land, the Savar tannery estate hosts 205 plots for 155 tanneries, the paper said, adding that the shifting from Hazaribagh took place in 2017 following the directive of the High Court and protests by the environmental activists.

"Some factories are yet to begin their construction work, while some of the owners rented their facilities on contracts," it said.

The problems being faced by the tannery employees there include job insecurity, irregular salary, lack of occupation safety and health hazards. Around 26,000 workers, including 1,535 women, are working in the tanneries at Savar.

According to the BLF, none of the four modules of the Common Effluent Treatment Plant (CETP) in the tannery estate is now functional, causing serious environmental hazards. There is no system for managing the solid wastes too.

On excuse of noncompliance, Bangladesh's export earnings from the leather and leather goods decline by around 30 per cent to US$ 1.08 billion in the fiscal year 2017-18 from $1.47 billion in the previous FY, the paper said.

Taking part in the open discussion, workers and human rights activists said labour rights are severely being violated in the tannery estate.

A worker said that many tanners are now hiring workers on contract basis, avoiding the veteran ones to minimise their cost as there is no formal means of hiring and termination.

"Even a worker cannot resort to labour court for not having formal appointment or identification," he said.