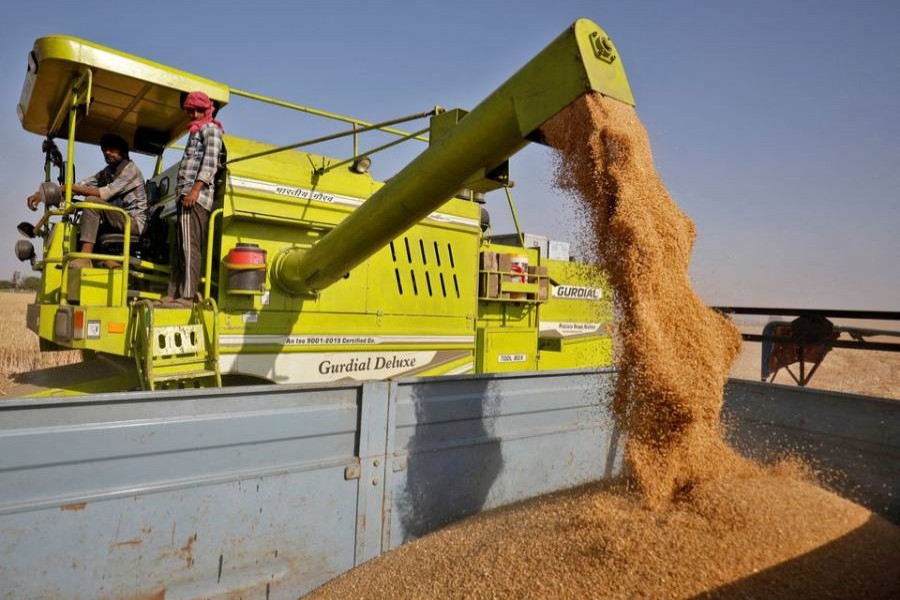 Bangladesh has urged the global community for stopping sudden ban on export of food products.

The Bangladesh government at the opening day of the 12th Ministerial Meeting of the World Trade Organization (WTO) voiced that many countries of the world are now experiencing food crisis amid the global volatile situation. Besides, many countries are being affected due to the sudden ban on export of such products, reports BSS.

Since the issue of survival has become more important under the present global context, the Bangladesh government has stressed for informing the importing countries in advance in case of halting export of food and agricultural products.

Senior secretary of the Ministry of Commerce Tapan Kanti Ghosh said this to BSS after the meeting on the first day of the four-day 12th ministerial conference of the WTO began on Sunday at its headquarters at Geneva in Switzerland.

Tapan said, "We've raised an issue in the meeting that food deficit is being evident worldwide under the present circumstances. So, it is very much necessary not to impose any sudden export ban on essential food items. In case of halting export, the importing countries should have to be informed within a specific timeframe."

Commerce Minister Tipu Munshi is leading the Bangladesh delegation at the conference which will continue till June 15.

Tapan said that despite graduating from the LDC status, efforts are on so that Bangladesh and other LDC countries could continue to enjoy various duty-free trade facilities for some more years.

The timeframe for Bangladesh in graduating from the LDC status has already been fixed at 2026 and after that Bangladesh would not get any duty-free market facility.

"So, the proposal from the LDCs given at the WTO for duty-free trade facility is very much important for Bangladesh," he added.

The Senior Commerce Secretary also informed that Bangladesh sought the scope for providing subsidy in the fisheries sector since it is very much necessary to boost the skills in this sector in the developing countries.

Bangladeshi Commerce Minister Tipu Munshi in his opening speech also urged the global leaders and WTO not to put any ban on export of food items for any reasons so that any country faces any food crisis.

"Food crisis along with economic downturns are imminent. Small and vulnerable economies are suffering the most. We urge members not to impose export restrictions on products which are essential for our survival, particularly relevant for our food security, public health and long-term development goals in the LDCs" Tipu said in his speech delivered at the conference meeting.

"This is painful to note that to respond to the pandemic WTO could not deliver any result till date. Some of us could not prioritize the human needs over the profit maximization. I hope during the upcoming food crisis and economic recession WTO shall play its role to ensure certainty and predictability" he added.

Bangladesh along with other LDCs have been negotiating with the WTO, developed and developing countries for extension of the LDC trade facilities to the graduating LDCs for 12 years and later either for nine or six years.

The LDCs headed by the Central African country Chad have already submitted a petition to the WTO in October 2020 demanding the extension.

But, with the opposition on the issue by the US, will be difficult to reach into the positive conclusion over the issue of time extension for the LDC graduating countries like Bangladesh, the negotiators said.

Food crisis and fuel price hike became a major negotiating issue at the 12 WTO minister conference as many countries have already put a restriction of food items export and fuel prices have already soared globally, primarily for the global pandemic and followed by Russia and Ukraine war.

Ngozi Okonjo-Iweala, director-general of the WTO at a press conference also said the food crisis became another challenge for the world because of the Russia and Ukraine war.

The Ministerial conference is taking place after a gap of five years since it was disrupted due to the impacts of the Covid-19 pandemic.