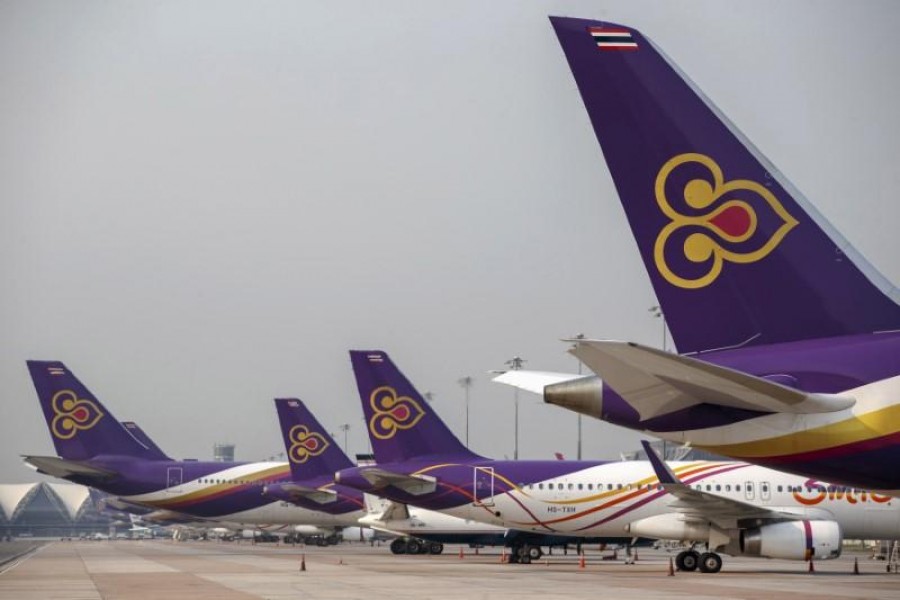 Thai Airways has cancelled some flights to Dhaka and other seven destinations until March as coronavirus outbreak has hit hard the global aviation industry.

"The flight adjustments this month and most of March cover destinations in China, Hong Kong, Taiwan, Japan, South Korea, Singapore, the Philippines, Bangladesh and the United Arabs Emirates."

Mr Kalinta said the flight reduction was necessary for the airline as passengers have avoided travelling after the Covid-19 broke out.

On February 20, Thai Airways announced cancellation of some of its flights to 16 destinations in eight countries.

But HSIA director Group Captain AHM Touhid-ul Ahsan said on Saturday Thai Airways has not yet informed them officially of their flight cancellation.

They will inform the airport of the adjustment plans today (Sunday), he told the FE.

Mr Ahsan could not say whether the flight of Saturday night has been cancelled or not.

When asked, Association of Travel Agents Bangladesh (ATAB) member Shahadat Hossain Taslim said one out of two Thai Airways flights at night has been cancelled.

Some flights of Thai Airways, which depart from Hazrat Shahjalal International Airport (HSIA) at 2:00 am, will be cancelled from today, he told the FE.

One of his passengers was scheduled to fly to South Korea by Thai Airways on February 25 but he shifted on Saturday the date to March 30 for coronavirus epidemic.

"Now it has become uncertain again, although his flight is in daytime," remarked Mr Milon.

Civil aviation and tourism ministry's senior secretary Mohibul Haque said no coronavirus-affected person has so far been detected in Bangladesh.

They have no plan to suspend flight operations to any country. It depends on the individual carrier whether they will suspend operations or not, he added.

"We want to confidently say that Bangladesh is still a safe place to visit," Mr Haque continued.

On any government plan to suspend air link with any country, he said Biman Bangladesh Airlines is experiencing business loss on Singapore, Thailand, Malaysia routes.

If the situation gets worse, the national flag carrier will expand its routes to the Middle East to sustain the loss, he added.

Meanwhile, World Health Organization (WHO) head Dr Tedros Adhanom Ghebreyesus has expressed concern at the number of new cases with no clear link to China or other confirmed cases.

He said the greatest concern now was countries with weaker health systems, particularly in Africa.

Outside China, more than 1,200 corona cases have been confirmed in 26 countries and there have been at least eight deaths, according to the global health body.

An evacuation flight carrying 32 British and other European cruise ship passengers from Japan has landed in England.

Italy reported its second death from corona -- a woman living in the northern region of Lombardy -- a day after a 78-year-old man died from the new viral strain.

Iran reported its fifth death from the disease and said there were now 28 infections.