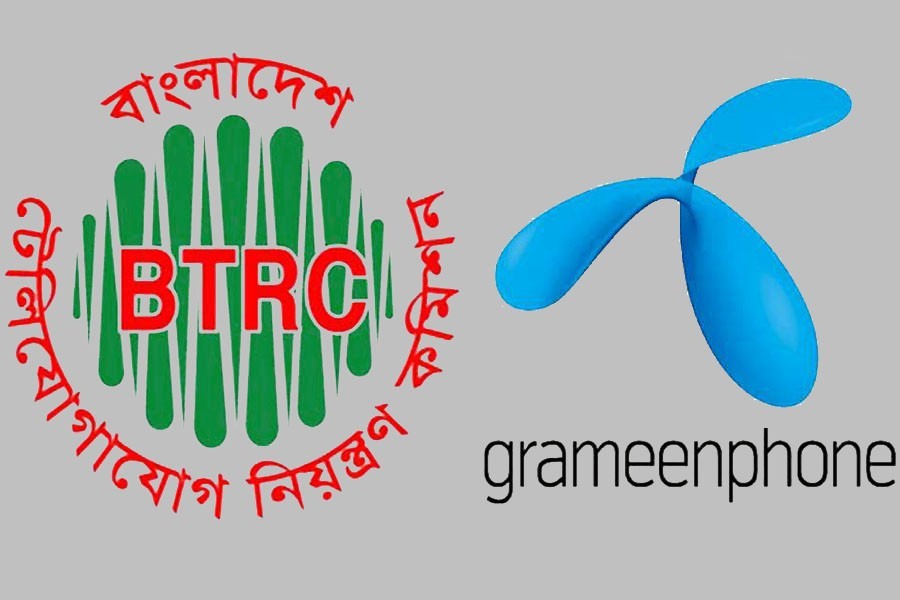 The Appellate Division of the Supreme Court on Thursday ordered the Grameenphone (GP) to pay Tk 10 billion by Monday (February 24) out of an audit claim of Tk 125.79 billion made by Bangladesh Telecommunication Regulatory Commission (BTRC).

Besides, the apex court said GP has to pay the full amount of Tk 20 billion fixed by this court on November 24 last year and on this condition the court would grant it more time for paying the rest amount.

A seven-member bench of the Appellate Division headed by chief justice Syed Mahmud Hossain passed the order after hearing a review petition filed by GP seeking a review of the court’s earlier order.

The court, however, fixed the same date (February 24) for passing further order on the review petition.

Advocate AM Amin Uddin and barrister Mehedi Hasan Chowdhury took part in the hearing on behalf of GP, while attorney general Mahbubey Alam and barrister Khandaker Reza-E-Raquib appeared for BTRC.

If GP fails to pay the amount within the stipulated time, then the High Court injunction against the realisation of Tk 125.79 billion by BTRC would be vacated, the apex court added.

Later in January this year GP filed a petition seeking review of the apex court’s order passed to pay BTRC Tk 20 billion, which was listed for hearing yesterday.

At one stage of the today’s hearing, advocate AM Amin Uddin prayed to the court for paying Tk 5.0 billion within the current month and to pay the remaining amount in equal installments in five months.

Then the chief justice said, “If you pay Tk 20 billion, then we will consider for extending the time, otherwise not. It will not be right if you think that the apex court of Bangladesh is a weak one. This is the highest court of the country. We will not commute the amount any way.”

In reply Mr Amin Uddin said that they needed time till Sunday (February 23) to take a decision on the court’s statement. The chief justice then said, “No need to talk. We may pass an order to pay the total amount (Tk 20 billion) within one month.”

The GP lawyer said, “We want to pay Tk 5.0 billion within the current month and give us at least six months for paying the remaining amount (15 billion). Robi Axiata got five months time to pay Tk 1.2 billion in equal installments.”

The chief justice then said, “Grameenphone has to pay the full amount of Tk 20 billion fixed by this court on November 24, 2019. You (GP) pay Tk 10 billion within Monday (February 24) and we will pass further order on that day.”

On October 17 last year, the High Court bench of justice A K M Abdul Hakim and justice Fatema Najib issued an ad-interim injunction for two months against the realisation of Tk 125.79 billion from GP by BTRC.

Then GP filed an application with a Dhaka court seeking directive so that BTRC does not realise the money from it and does not harass the mobile operator until the case is disposed of.

A Dhaka court on August 28 last year rejected the GP application. Then GP filed an appeal with the HC challenging the Dhaka court’s rejection order.

BTRC on October 23 filed a regular leave to appeal petition with the Appellate Division against the High Court order of issuing injunction upon the realisation of BTRC claim. After hearing the leave petition, the apex court disposed of the matter on November 24 last year.