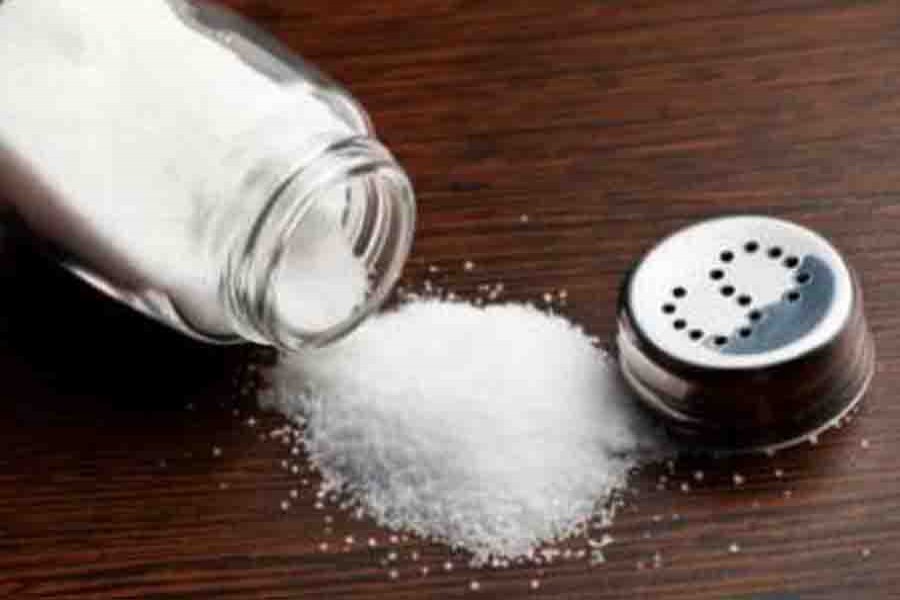 Price of salt at retail level became normal on Wednesday, a day after an abnormal hike amid rumours in the market and pressure of panic buy from consumers' end.

Salt price at retail level suddenly soared to Tk 50-60 a kg in many areas across the country on Tuesday from its maximum retail price (MRP) of Tk 30-35 a kg without any concrete reason.

Visiting several retail and wholesale stores in different parts of the capital on Wednesday, the FE correspondent observed that shopkeepers were selling the essential item of various brands at usual price of Tk 30-35 a kg.

Consumers' frantic rush to grocery shops to stock salt slowed down after assurances from the government and leading suppliers that there is no shortage of the item in the country.

Besides, active and timely campaign against any possibility of price hike by conscious social media users, district administrations, mobile courts, and salt companies halted the rumours from creating further panic among mass people.

The mobile courts in different districts sent eight traders to jail, fined dozens of stores, and held around 50 people for hoarding and selling salt at increased prices.

The Bangladesh Police headquarters also requested people to dial 999 or inform nearby local police stations, if any trader demands extra price for salt.

Khaled Hossain, owner of Varieties Store in the city's West Rampura area, said he sold three sacks containing 75 kg of salt (1.0 kg per pack) throughout Tuesday against usual sale of 10 to 15 packs a day.

However, the shopkeeper claimed that he did not charge any extra money from consumers for the product.

The demand for salt became almost normal on the day, and he sold 18 packs until 7:15 pm on Wednesday, he added.

Meanwhile, the Bangladesh Small and Cottage Industries Corporation (BSCIC) has formed a monitoring cell to supervise salt markets across the country, according to a press statement of the state-agency. It has also cancelled leaves of its field-level officials to monitor salt production, storage and market supply situation.

Supply of salt will be ensured in every district through the millers concerned, it also said.

The BSCIC in the statement on Tuesday ruled out any possibility of salt price hike, as there is no shortage of the commodity in the country against its current demand.

It also blamed a vested quarter for spreading rumours through social media to take advantage of the situation. There will be no shortage of salt in near future, as the present stock of the essential item can meet up to six to eight months' demand, it added.

A record quantity of salt - more than 1.8 million tonnes - was produced in the country in last fiscal year 2018-2019. Besides, as much as 0.65 million tonnes of salt are in stock until November 15.

There are 270 registered salt mills in the country. Of these, some 222 salt mills are now in operation, having a daily production capacity of 35,520 tonnes, the statement mentioned.

Meanwhile, the BSCIC has launched open market sale (OMS) of salt in four spots in the capital - Uttara BGB Market, Dhanmondi 9/A, Mirpur-1 and Lalbag - at a price of Tk 30 a kg (refined) and Tk 14 a kg (coarse).