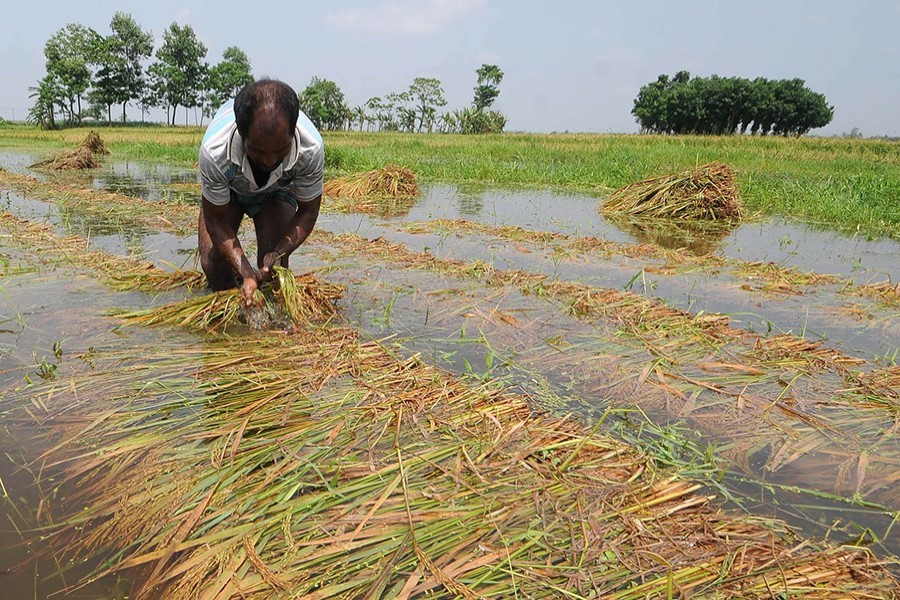 Industries and agriculture ministries, and local government division are at loggerheads over the proposed abolishment of the Agricultural Labour (Minimum Wages) Ordinance-1984.

The ministries think the existing ordinance is not necessary for the country now, officials said.

But the local government division is against the abolishment of the statute.

Bangladesh is mainly an agro-based country. A large portion of labour is engaged in agriculture. So, the ordnance should not be cancelled, it argued.

Labour and employment ministry recently sought the opinions of the two ministries and the division on the relevance of the ordnance in the present context.

In reply, the ministry duo gave their opinions in favour of revoking the ordinance.

On the other hand, the division wants it to continue.

The ordinance was issued during the military regime in February 1984.

Labour ministry has already sent a letter to legislative and parliamentary affairs division for its opinion whether the government continues the ordnance, said additional labour secretary Dr Md Rezaul Haque.

He, however, said the current Bangladesh Labour Act has clearly defined details about agriculture labour.

So, the two ministries, excepting the local government division, are in favour of cancelling the ordinance, Mr Haque told the FE on Monday.

A high official of labour ministry said the ordinance is not followed by the authorities or groups concerned.

"It appears that the agriculture labourers don't know anything about the ordinance in question," he added.

A minimum wage is the lowest remuneration that an employer can legally pay his or her worker.

Experts suggested that the ordinance on minimum wages for agriculture labour be amended as it constitutes some 39 per cent of the total labour force.

They are the heart of the country's agriculture sector.

The analysts believe a separate ordinance should be remained in the country.

Besides, agriculture workers now demand higher wages when farmers or others need to hire them.

For this, they said, the government should take step to make the ordinance time-befitting.

According to article 3 (1) of the ordnance, the minimum wage rate for agriculture labour per day shall be 3.27 kilograms of rice or such amount of money.

The government may review the rate from time to time on the recommendation of the council of minimum wages and prices for agriculture labour as per section 4.