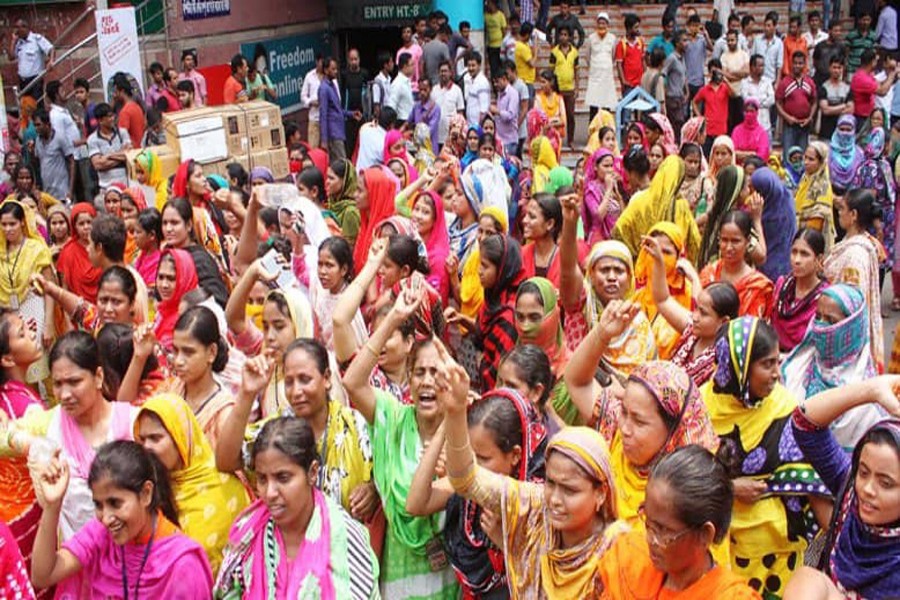 Workers of Trust Trousers Ltd vandalised at least 10-15 vehicles in Mirpur area during their demonstrations started at 9:00am followed by chase and counter-chase with bus workers, halting traffic on roads from Mipur-12 to Mirpur- 10.

Agitating workers said they had been protesting for last three days inside their workplace to realise their due salaries.

The workers staged demonstration when they found their factory closed on Friday morning, as per a report on UNB agency.