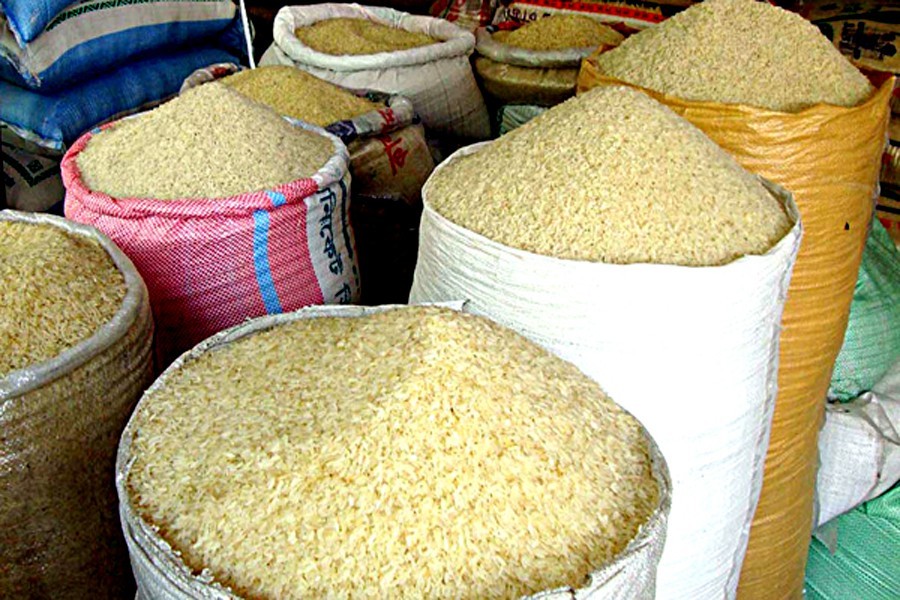 Prices of some medium and finer varieties of rice rose by Tk 2.0-3.0 per kilogram (kg) at the city retails in last one and half weeks, battering the consumers.

Brridhan-28, Miniket and Jeerashail witnessed the hike which the traders attributed mainly to the current off-season for the three varieties.

Brri-28 was selling at Tk 45-47 per kg at the retail markets during the period while Jeerashail and Miniket at Tk 55-68 a kg based on their quality.

Belal Hossain, a grocer at Sankar of West Dhanmondi, said the prices of the three varieties increased by Tk 2.5-3.0 a kg at the wholesale.

He said he bought Brri-28 at Tk 43 a kg from Mohammadpur Krishi Market wholesale on Saturday which was Tk 40 a kg one and half weeks ago.

He said he bought the best quality Miniket at Tk 2,650 a sack and Brri 28 variety at Tk 2,100 a sack from Nilphamari rice mills on Thursday.

He said the prices of seasonal (Aman season) Swarna, Najirshail or Paijam varieties also witnessed a hike of Tk 20-25 per sack at the wholesale level, but didn't affect the retail market, however.

Seasonal coarse varieties like BR-11 and Swarna were selling at Tk 34-35 a kg at Babubazar on Thursday and it was retailed at Tk 38-42 a kg in different markets and groceries on Saturday.

"But there is nothing to worry about as supply of Aman season rice is aplenty," he said.

"The Swarna variety of Aman season was selling at Tk 25.60-28 a kg in Kushtia, Pabna, Rajshahi, Rangpur and Dinajpur regions based on quality," he said.

The government was expecting 14.7 million tonnes of rice production in the just-ended Aman harvesting season, according to the Department of Agriculture Extension (DAE).