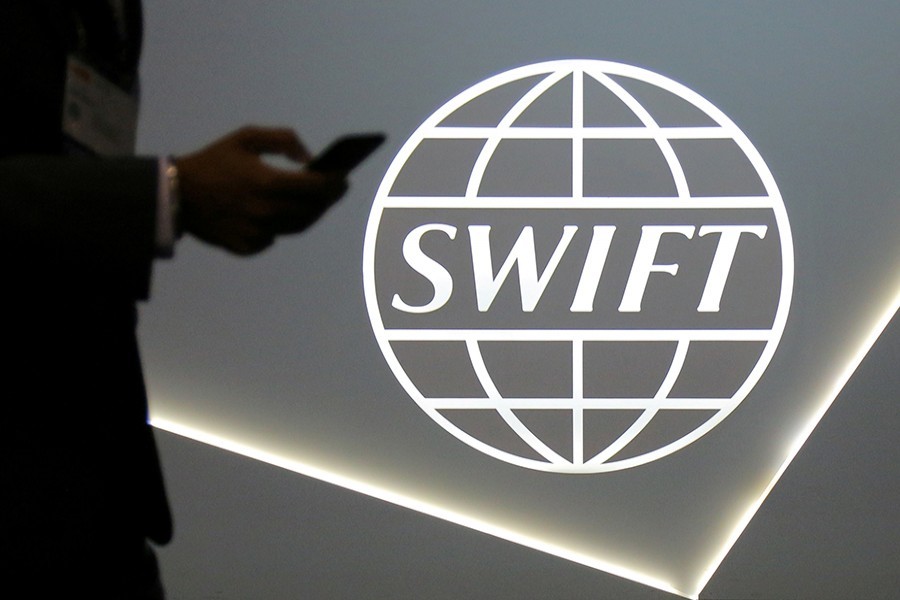 Swift, the global carrier of handling payment instructions between banks, has sought assurance from the government that its officials' planned travel would not be hampered on reserves heist probe grounds.

The Society for Worldwide Interbank Financial Telecommunication wants to be reengaged with the Bangladeshi banks to discuss the initiatives and innovations it launched in other markets.

Swift provides a network that allows banks worldwide to send and receive information about financial transactions in a "secured, standardised and reliable" way.

After the cyber heist in 2016, when hackers stole US$101 million by obtaining backdoor access to the central bank's network, the government high-ups blamed the global platform for releasing fund without getting confirmation from Bangladesh.

The Criminal Investigation Department, or CID, is still investigating the cyber theft incident and it could submit the probe report to the court after nearly four years.

Swift authorities fear that its officials would be detained as part of the investigations if they visit Bangladesh for business purpose in the future.

"… it is important for Swift to get a clearance/immunity from the government in wake of ongoing 'Cyber Incident' investigations, to enable Swift officials to travel to Bangladesh, without any fear of investigation or detention by the investigative agencies," Mr Raes was quoted as telling the meeting.

He noted his company has supported and extended all sorts of cooperation required and is certain about no wrongdoing from its end.

In the meeting, officials said, senior secretary of the financial institution division Ashadul Islam said CID is an independent body and his officials cannot dictate when the investigation will be completed.

However, he pledged that clearance will be granted to Swift officials, who were not involved in the incident, for travelling and interacting freely with Bangladesh Bank and the rest of the community.

According to a central bank official, Swift's Jaya Roy Choudhury recently sent a list of officials to the finance division and central bank seeking prior clearance for travel to Bangladesh.

A senior central bank official told the FE no SWIFT officials have visited Bangladesh for business development since the cyber theft incident took place in February 2016.

In October 2019, a Swift delegation met Prime Minister Sheikh Hasina in New Delhi on the sidelines of the World Economic Forum and expressed its interest to be reengaged with Bangladesh's banking community.

Referring to his discussion with Swift officials, he said the global payment innovation, which helps track foreign transactions, will bring efficiency and transparency in the remittance business in Bangladesh.