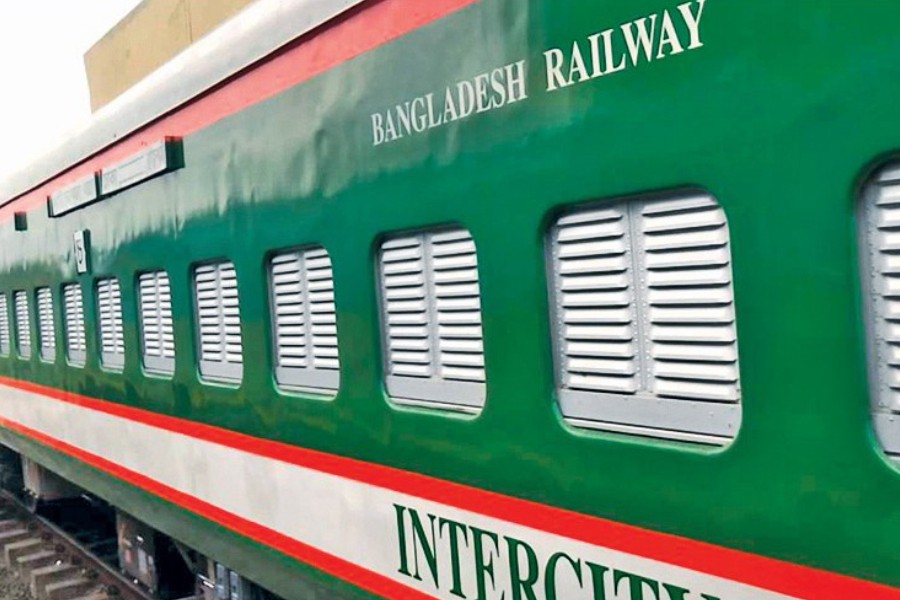 Two hundred new broad-gauge (BG) passenger coaches will be procured with the aid of a European bank to improve the struggling rail fleet, officials said on Thursday.

The state-run Bangladesh Railway (BR) will take financial support of the European Investment Bank to import the carriages, they said.

It has recently undertaken a Tk 17.89-billion project to buy the proposed coaches from international market.

"Our railway fleet is still poor as a number of coaches have broken down due to the expiry of service life of the age-old carriages," said a BR official. "We've recently sought planning commission's approval for a Tk 17.89-billion project," he added.

According to the official, the European bank will lend Tk 13.95 billion to procure the coaches in question.

He said some 187 out of 400 BG coaches have already expired their commercial life, resulting in a shortage of carriages in the railway fleet.

"Once imported, the 200 new coaches will upgrade our fleet. Then it will be possible to improve passenger service," he observed.

Another BR official said the state rail entity will need 400 more BG coaches in the next three to four years to cater to passenger needs smoothly.

"Our existing 187 BG coaches have already finished 30-35 years in service. They have now become vulnerable to commercial operation," he explained.

The proposed 200 coaches will run mainly through western zone as most BG tracks are laid in that particular area of the country, the official added.

BR has both broad-gauge and metre-gauge tracks across. Unlike BG lines, most MG lines are in eastern zone.

As planned, the railway will complete procurement of the new coaches by June 2023.

When asked, a planning commission official told the FE that they have been scrutinising the project proposal.

"If the project is viable," he said, "we'll place it before the prime minister-led Executive Committee of the National Economic Council."