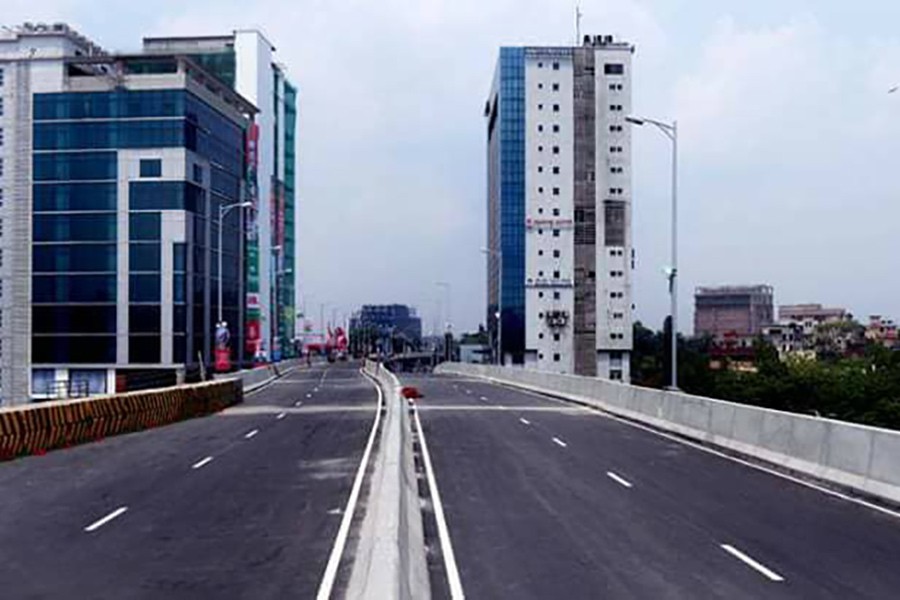 The final phase of Dhaka's Mouchak-Moghbazar flyover will be inaugurated on Oct 26.

"The flyover will be open to traffic after it is inaugurated at 12pm Thursday by the honourable prime minister."

"Our work is finished. The roads below the project area have been repaired and coated."

The section connecting FDC intersection to roads headed towards the Sonargaon Hotel was opened on May 17 this year, reports bdnews24.

The project's construction went on for six years causing suffering to commuters and residents of the project areas.

Roads tattered during construction at Moghbazar, Mouchak and Shantinagar areas have contributed to losses suffered by local businesses.

The media reported a flaw in the flyover's design soon after the project's work kicked off on January of 2011. The project's foreign engineers designed the roads for left-wheel driving and left out right turns, experts had said.

There were also concerns about the design of its ramps.

Then during construction, one of the flyover's girders, being lifted by a crane whose cables snapped, fell on passersby, killing one and injuring two more on Mar 13 of this year.

The cost of the project is estimated at Tk 11.35 billion, which started as a two-year project in 2011 with an estimated cost of Tk 7.72 billion.