Study urges caution as 10,000 tonnes of waste generated in city a year 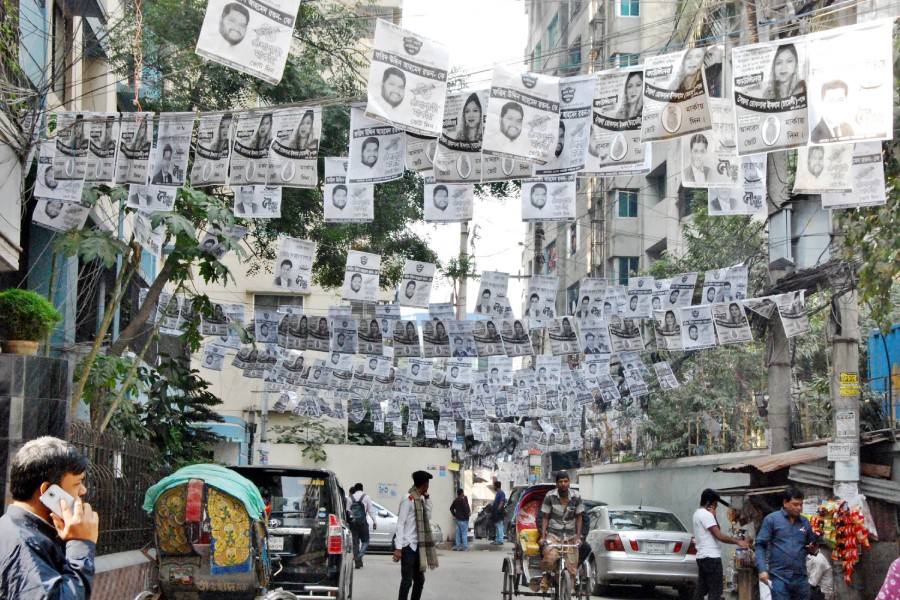 Over 10,000 tonnes of plastic lamination waste are generated in Dhaka every year from different sources, causing various health and environmental hazards.

Most of such waste cannot be recycled and there is no arrangement for their disposal, according to a study report by the Environment and Social Development Organization (ESDO).

The study titled 'Thermal lamination films: An Incising Health Hazards and Environmental Havoc of Dhaka City' focused exclusively on laminated posters, leaflets and stickers being used in the city.

Different types of laminated posters and campaign materials being used by the candidates of two Dhaka city corporations in the upcoming elections also contributed to the hazards, according to the ESDO study revealed on Tuesday in its office in the city.

This year an estimated 304 million plastic-laminated posters have been printed and displayed by the candidates in Dhaka city. An estimated 2472 tonnes of laminated plastic waste are expected to be generated from the DCC elections only.

The study report called upon the government to introduce a regulation to restrict use of laminated posters and leaflets. Besides, social awareness and public pressure can act as a trigger for policy decision-making.

Nazma Ahmed, the program Associate of the ESDO, presented the study report.

Laminated materials cause massive waterlogging during the rainy season, apart from outbreak of numerous waterborne and vector-borne diseases, she said.

The process of lamination also releases toxic chemicals and greenhouse gases, she said in her presentation.

ESDO Chairperson Syed Marghub Murshed said ESDO started its campaign against laminated posters and other plastic-coated materials at the beginning of campaigning in the two city corporation elections.

"We expect the election commission to come up with directives soon to this effect," Executive Director of ESDO Siddika Sultana said.

ESDO urged the Bangla Academy authority and other exhibitors to stop and not to allow laminated posters, leaflets and stickers in the upcoming Amar Ekushey Book Fair, trade shows and exhibitions scheduled throughout 2020.