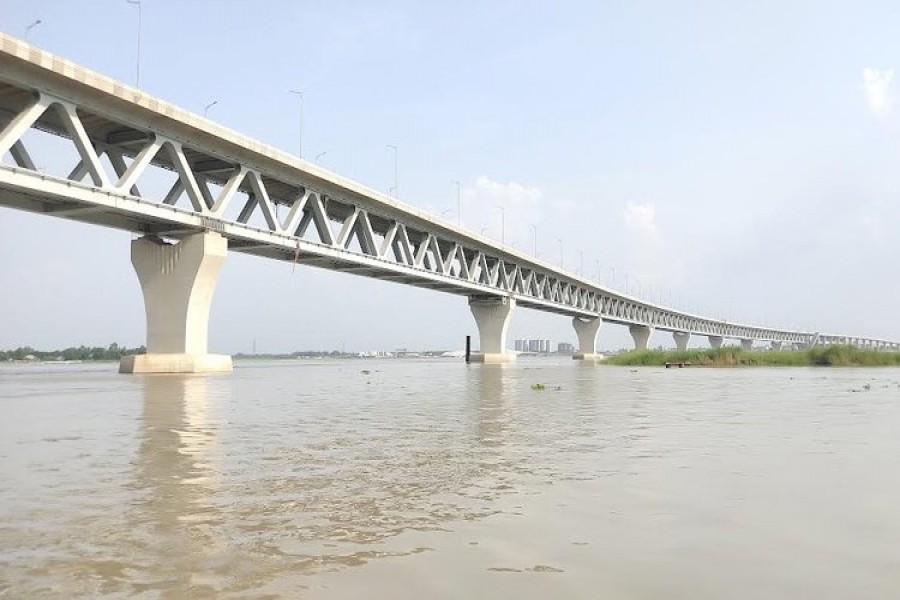 Two axle-control stations on both sides of the Padma Bridge are set to start operations from February 01 to restrict overloaded goods-carrying vehicles, officials said.

The Bangladesh Bridge Authority (BBA) has set up the stations, like the ones of Bangabandhu Bridge, half a kilometre ahead of the toll booths.

The systems were installed following the standard load limit for roads in the country. The load limit for the Bangabandhu Bridge became effective from December 1, 2019.

The two-axle vehicles are allowed to carry the highest 22 tonnes of loads while three-axle ones 30 tonnes, four-axle 40 tonnes and five-axle 50 tonnes. Lories or trailers having more than five axles can carry 10 tonnes more for each additional axle.

Officials said all necessary preparations have been completed to operate the axle control stations.

As the BBA has appointed a Korean company as the operations and maintenance (O&M) operator of the road-cum-rail bridge, it will also operate the stations.

"The overloaded vehicles will have to unload the extra weight before crossing the Padma Bridge. There is no provision for fines in case of this bridge, which means all will have to follow the load limit," said an official, preferring not to be named.

The Roads and Highways Department designs all the national roads and highways with a load capacity of 10 tonnes.

Although the Ministry of Road Transport and Bridge had formulated an axle load policy in 2014, it introduced different levels of fines for carrying overloads by amending the policy in August 2016.

The BBA has also set up stockyards beside the stations to keep the extra goods subject to paying a certain amount for using the open-sky yard. The goods should be cleared from the yard soon after unloading it from the vehicles.

It has always been a challenge for the road and bridge operators to operate such a system as the transport operators are hardly willing to follow the rules.

It is also found that most of the axle control stations have been left inoperative or torched down allegedly by certain quarters that are unwilling to abide by the load limit.

According to an estimate, the extent of damage of a road network is twice when a goods-laden vehicle carries 20 per cent more than the allowed load limits, affecting the longevity of the roads.

IFIC Bank honours the meritorious children of its employees