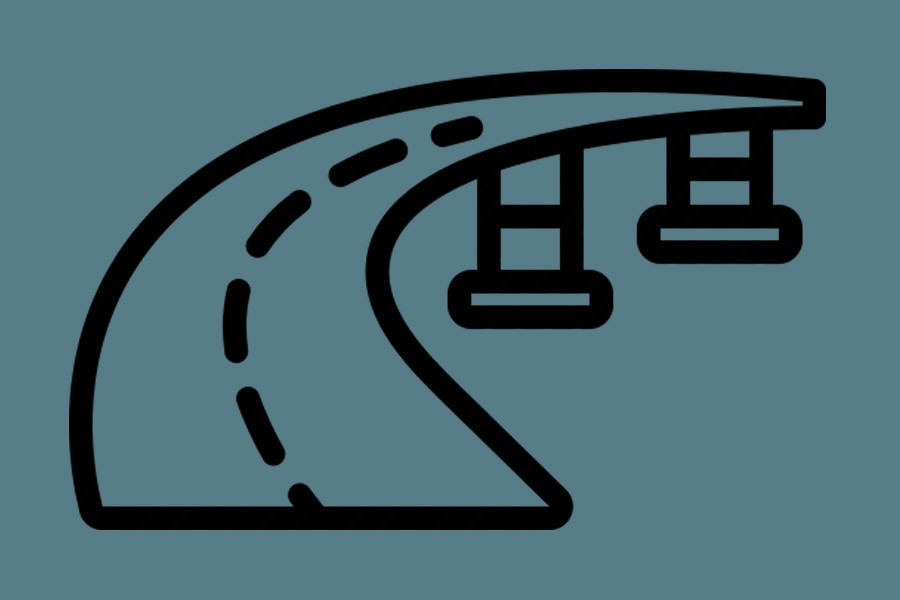 The Roads and Highways Department, or RHD, will send its officials abroad to gather experience in protecting a bridge from river erosion, sources said on Friday.

They said the state-run road developer has undertaken a project, which proposed work for protecting both sides of the Bir Shrestha Captain Jahangir Bridge from erosion of the Sugandha River on the Barisal-Dhaka highways.

Sources said the department has also proposed Tk 0.5 million as honorarium for officials during their stay abroad.

The RHD has partnered with the Bangladesh Water Development Board to protect the bridge from riverbank erosion.

An economist was critical of the proposal for overseas training for a small project like bridge protection.

He said it is not necessary to get overseas training when Bangladesh has a lot of experts in this field.

The RHD has recently taken up the Tk 2.83 billion-project for protecting the Bir Shrestha Jahangir Bridge and its approach roads from the Sugandha River erosion.

"We've sent a project proposal to the Planning Commission for approval," a RHD official said.

"We need to start the protection work as soon as possible and to complete it before the next rainy season," the official added.

Another RHD official said the bridge protection work has become imperative as the river erosion affected the bridge on the busy Dhaka-Barisal highways.

He said that the department had carried out protection work for the bridge from its revenue budget over the last few years, but that could hardly withstand the heavy current of the river.

"If the bridge is not protected within the shortest possible of time, the approach road on the Barisal side will be damaged," the official said.

The RHD conducted the temporary protection work of the bridge during 2015-16 period spending Tk 1.79 billion.

Locals alleged the situation is getting worse on the bridge site due to the lack of coordination between RHD and Water Board -- both are trying to shift the blame on to each other's shoulders.

A senior Planning Commission official said the bridge protection work may be imperative, but questioned the rationale behind overseas training.

According to Tk 2.83 billion fresh project proposal, the RHD will also carry out a 625metre dredging on the north side of river as there is huge siltation there.

Project insiders said the estimated Tk 159.66 million cost for 625 metres dredging work seems to be higher than those of similar kinds of projects in Bangladesh.

Besides, the RHD has sought to spend Tk 0.687 million fund/metre of bridge protection work as it has proposed a total of Tk 1.37 billion for the 2-km river embankment protection work on the right side of the bridge.

On the left side of the bridge, the road developer has sought Tk 0.689 million fund/metre as it has proposed a total of Tk 1.22 billion for protecting the 1.765km-long embankment.

The RHD has also proposed additional Tk 28.07 million as the "price contingency" and "physical contingency" for the bridge protection project.

Economist Dr Mirza Azizul Islam said the government should check the misuse of public money in the name of foreign visits, honorarium, car purchase and unnecessary or less-important work.