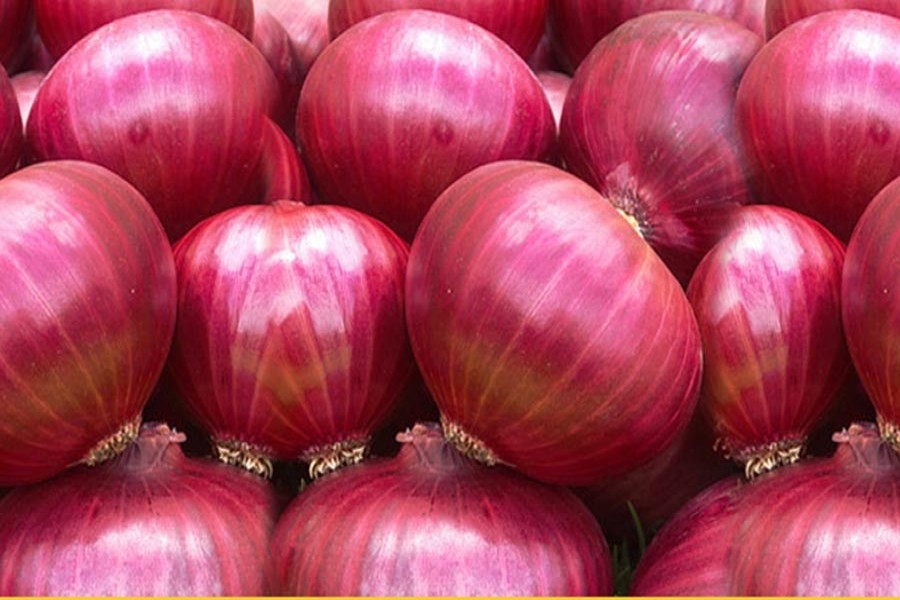 MAGURA, Oct 16: Onion price has soared to sky high in Magura. Imported onion is being sold in the local market at Tk 50 per kg while local onion at Tk 60 per kg. As onion is daily necessary commodity low income people are suffering extremely due to price hike of onion. In this situation common people are blaming monitoring weakness of government authority.

School mistress Beloara Khanom of Nanduali area in the district town said supply of onion is adequate in the market. But onion price is increasing everyday .But government monitoring in this regard is not remarkable. In want of monitoring traders are cashing money by exploiting common people.

Agriculture extension department Magura said a total of 7200 hectares of land was brought under onion cultivation in the district this year and the production was 78590 tonnes.

Mokhlesur Rahman, lawyer of Magura judge court told, this year a bumper production of onion has been achieved in Magura. Morevoer onion was harvested in the district 4 months ago. The onion which has been produced in this district is enough to meet our domestic demand. So there is no reason behind price hike of onion in Magura.  He said onion in the district was harvested 4 months back. So onion is now under the occupation of traders.  Actually middlemen syndicate is dominating the market to cash money.

Rova Foundation executive director Kazi Kamruzzaman said traders are showing the excuse of rise in imported onion price. But local onion is still now dominating the market. Local onion is now under the occupation of traders as farmers have sold this 4 months back.

Actually as traders hold huge stocks of onion and they are increasing onion price according to their will.

Goffar Biswas a onion grower in village karundi under Sreepur upazila of Magura told, "We sold our onion 4 months back. Now the onion which we have still now is not for sale, only for our domestic use. Actually no farmer is now selling onion in the market. The onion which we sold at Tk 15 per kg to the wholesalers is now being sold at Tk 60 in the retail market. Marginal farmers who sold onion at Tk 15 per kg 4 months back is now purchasing the same onion at 4 times higher price which is Tk 60.

When contacted Magura Zilla Banik Shamity (traders association) president Humayan Kabir Raza told price of imported onion has registered a small rise, but that doesn't justify the exiting price which is Tk 50 per kg. On the other hand there is no reason behind the rise in local onion price as it was harvested 4 months back. Government should bring the onion traders under strong monitoring like rice traders .Besides government can start TCB sale of onion to control the market.

Tilam Hossein, a onion wholesaler of Dhaka road area in Magura town said "Ultimately we are selling now imported onion. As onion price is now high in India we are now selling it high price. Though we are selling local onion at small scale it is not produced in Magura. We are now collecting the onion from Faridpur district at exorbitant rate. For this we are being compelled to sell the onion at hiked price.

Magura district market officer Jakir Hossein told "Actually imported onion is dominating the local market. Due to rise in import price onion price has shot up. However we have no weakness in monitoring .Moreover the rise is confined not only in Magura, this is now a countrywide problem."