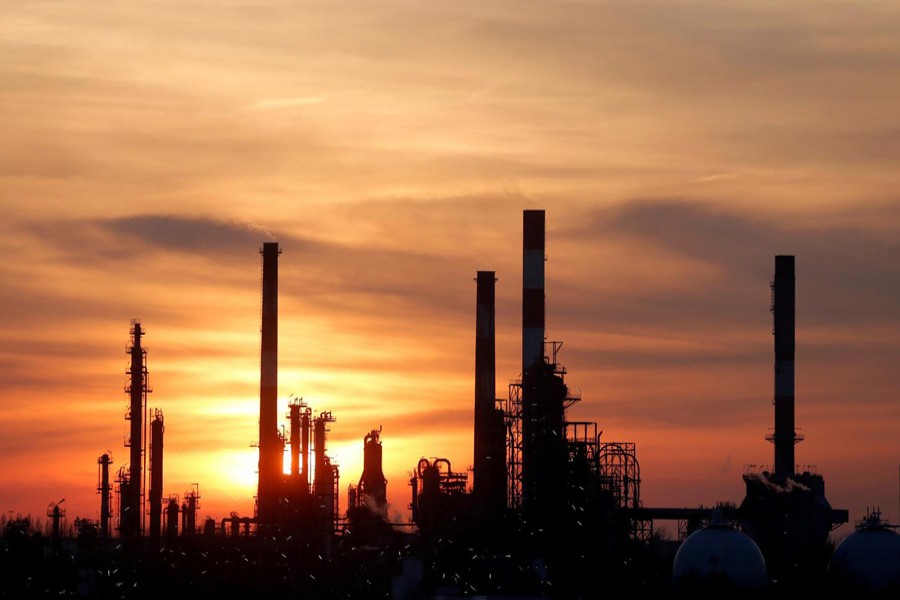 Oil futures steadied on Tuesday after five days of declines on concerns a virus outbreak in China could dent demand for oil, with some analysts suggesting the falls may be overdone.

US West Texas Intermediate CLc1 was up 04 cents at $53.18, having spent most of Tuesday in negative territory after slipping to its lowest since early October in the previous session at $52.13.

The United States warned against travel to China and other countries put out advisories as the death toll from the spreading coronavirus outbreak rose to more than 100 people and left millions of Chinese stranded during the biggest holiday of the year.

Oil investors are concerned travel advisories, other restrictions and any sizable impact on growth in the world’s second-biggest economy and elsewhere will dampen demand for crude and its products, amid plentiful supply.

“The near-term potential of a nationwide travel shutdown is high,” said Ian Bremmer, president of Eurasia Group, a political and market risk consultancy.

The bank expects the grouping known as OPEC+ to take further steps to support the market when it meets in March if the fall in demand for oil is more serious than expected.

“If air passenger traffic in China declined by half in first quarter of 2020, it would likely lead to a 300,000 barrels per day year-on-year decline in jet-kerosene demand,” the bank said.

Nonethless it played down the severity of the crisis and said the market reaction may have been too much.

“While it remains to be seen how quickly the spread of the virus is contained, experience from the 2003 SARS outbreak suggests demand worries are likely overdone,” the bank said.

The Organization of the Petroleum Exporting Countries (OPEC) has been trying to play down the fallout from the virus, while Saudi Arabia, its de-facto leader, said on Monday the group could respond to any changes in demand.

OPEC and producers including Russia, known as OPEC+, have been cutting supply to support oil prices for nearly three years and recently agreed to withhold a further 500,000 barrels bpd to 1.7 million bpd through March.

Underlining the supply concerns, a Reuters poll forecast US crude stockpiles to have risen last week.