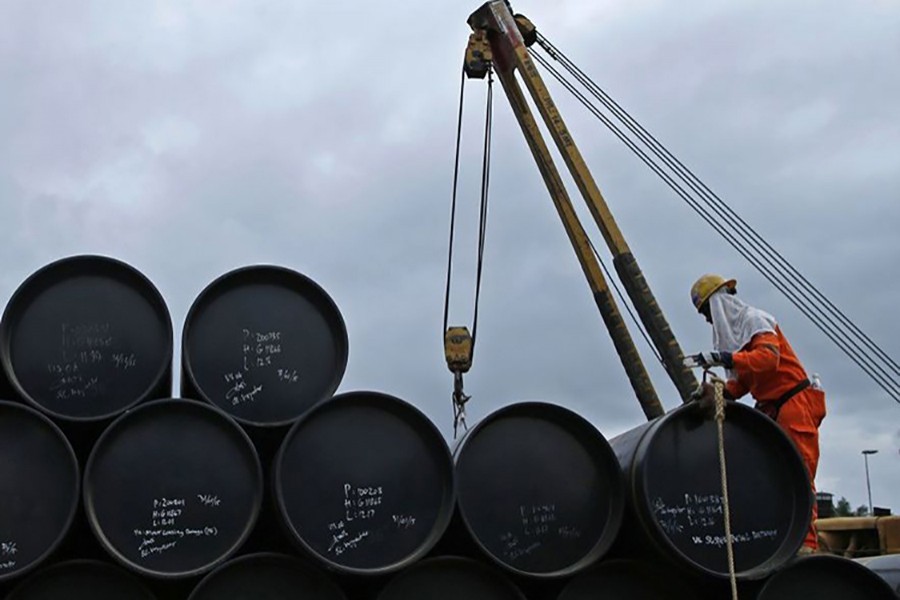 Oil prices on Tuesday climbed to their highest since 2014 as investors worried about global political tensions involving major producers such as the United Arab Emirates and Russia that could exacerbate the already tight supply outlook.33

Both benchmarks touched their highest since October 2014, and some OPEC sources say $100-per-barrel oil is not out of reach, reports Reuters.

After launching drone and missile strikes that set off explosions in fuel trucks and killed three people, the Houthi movement warned it could target more facilities, while the UAE said it reserved the right to "respond to these terrorist attacks."

The strike on a leading Gulf Arab ally of the United States takes the war between the Houthi group and a Saudi-led coalition to a new level, and may hinder efforts to contain regional tensions as Washington and Tehran work to rescue a nuclear deal.

"The damage to the UAE oil facilities in Abu Dhabi is not significant in itself, but it raises the question of even more supply disruptions in the region in 2022," said Rystad Energy's senior oil markets analyst Louise Dickson.

"The attack raises the geopolitical risk in the region and may signal the Iran-US nuclear deal is off the table for the foreseeable future, meaning Iranian oil barrels are off the market, boosting demand for similar grade crude originating elsewhere," Dickson added.

UAE oil company ADNOC said it had activated business continuity plans to ensure uninterrupted supply of products to its local and international customers after an incident at its Mussafah fuel depot.

Separately, a senior US State Department official said Russian troops deployed to Belarus for what Moscow and Minsk say will be joint military exercises is raising concerns that they "potentially" could be used to attack neighboring Ukraine.

Russia has built up a large troop presence near Ukraine's border, stoking fears of invasion. US and German officials have discussed ways to deter Russia, which could include halting the Nord Stream 2 gas pipeline from Russia to central Europe.

At the same time, producers within the Organization of the Petroleum Exporting Countries are struggling to pump at their allowed capacities under the OPEC+ agreement with Russia and allies to add 400,000 barrels per day each month.

OPEC on Tuesday stuck to its forecast for robust growth in world oil demand in 2022 despite the Omicron coronavirus variant and expected interest rate hikes.

Goldman Sachs analysts said they expect oil inventories in OECD countries to fall to their lowest since 2000 by the summer, with Brent oil prices rising to $100 later this year.