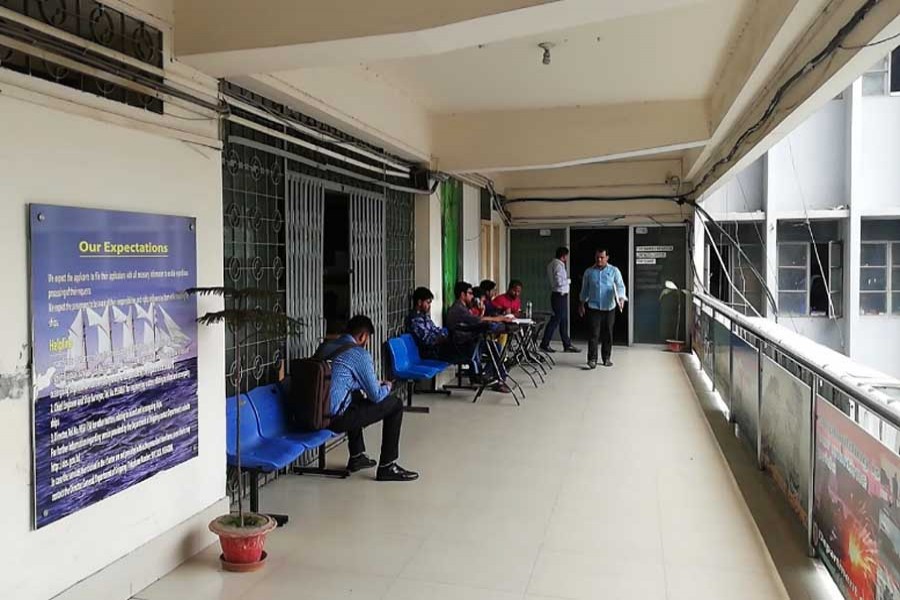 File photo of Department of Shipping office in Dhaka. (Collected)

The Department of Shipping (DoS) has sought authority to police "errant" shipping agents, who would not comply with the law of the land.

DoS Director General (DG) Syed Ariful Islam, in a letter to the Ministry of Shipping (MoS) recently, sought the authority, as many shipping lines or their local agents are dillydallying to comply with an instruction of the department.

The DoS on April 29 asked the shipping agents not to realise container detention or demurrage charge for the COVID-19-linked shutdown period, considering woe of the importers.

However, the shipping agents did not comply with the instruction immediately, and skipped the first meeting regarding this issue at the DoS on May 11. Following that the DoS held another meeting on May 17, and issued another instruction to give detention charge waiver for March 26-May 30 period.

Three days after the meeting, the DoS DG wrote the letter to the MoS, the National Board of Revenue (NBR), and the Chittagong Port Authority to be tough to compel the shipping agents to comply with the DoS's instruction.

He also suggested canceling license of the shipping agents, who would not follow the instruction.

Presently, the shipping agents are given license by the NBR for doing business in Bangladesh.

But, the DoS, the country's maritime sector regulator, has no controlling authority over the shipping agents.

"The no objection certificate from the DoS needs to be made mandatory for issuing or renewing license of the shipping agents to avoid any difficulties in the future," wrote Mr Islam.

He also recommended reinstating Section 76 of the Bangladesh Merchant Shipping Ordinance 1983 to prevent imposition of 'irrational' detention/demurrage charge by the shipping companies in the future.

"The shipping department's order is the law of the land. The shippers will have to follow it to do business here," Mr Islam told the FE on Friday over phone.

He also said some agents have already started to follow the instruction, while others are yet to comply.

Usually containers get 14 days free time after common landing date, and thereafter charged between US$5 and $10 per day as detention charge until the importers return those to the port or off-docks.

Sacrificial animals in surplus this year