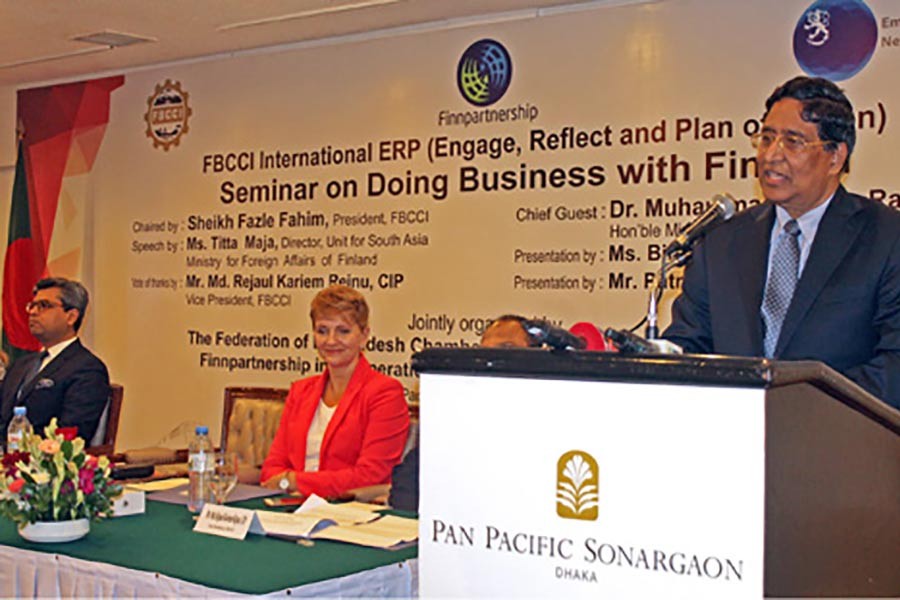 Agriculture Minister Dr Abdur Razzaque has said the onion price is expected to come to a tolerable limit soon as the newly-harvested onion already started arriving in the market across the country.

“Alongside the new harvest of the local onions, the ongoing import of the essential spice from different countries would help reduce its price soon,” the minister told journalists after an international seminar at a city hotel on Sunday.

Country’s supply crunch of the onion was mainly caused by the onion export ban imposed by the Indian government in September this year, Dr Razzaque told the seminar organized by the Federation of Bangladesh Chambers of Commerce and Industry (FBCCI).

Of the total onion demand of the country, almost 70 per cent is being met by the local production, and the rest 30 per cent has to be imported, he said.

The minister said the government has decided to stop onion import during the upcoming season to ensure fair price of the local onion.

He further said that the country would no more require onion import in future, if all the newly innovated onion varieties are cultivated regularly by the farmers.