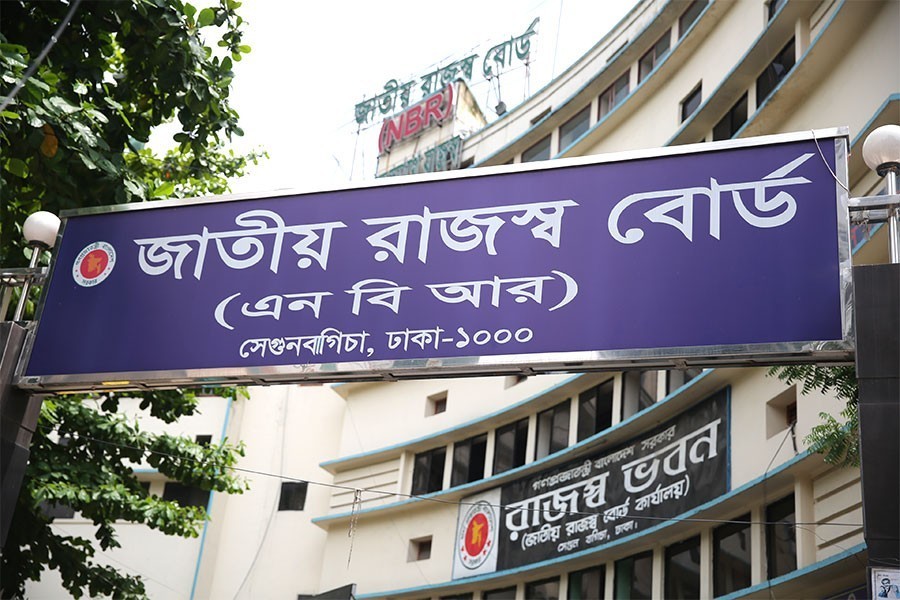 The National Board of Revenue (NBR) is contemplating the idea after getting huge response for its income tax card.

"We'll give VAT payers this card during the VAT Week from December 10 to 17 across the country," said NBR Chairman Md Nojibur Rahman during a NBR-ERF partnership dialogue in Dhaka on Sunday.

NBR held the dialogue with members of the Economic Reporters' Forum (ERF) at the office of its VAT Online Project at Kakrail.

The NBR chief said income tax card created huge enthusiasm among taxpayers during the 'Income Tax Fair' held from November 1 to 7. The NBR has decided to honour regular VAT payers, like the regular taxpayers, from this year, he added.

"Businesspeople or establishments having record of paying VAT for 12 months in a row will get this card which will remain valid for one year," he said.

Nojibur Rahman said the finance minister has assured the income tax card holders of giving services and facilities. "I am hopeful that the card holders will get all facilities," he added.

According to a BSS report, he said the NBR will give letters with the sample of the income tax card to police, army and all government training institutions so that the officials concerned show due respect to the card holders.

About the online VAT project, Nojibur Rahman said people will be given training under the project in filling and submission of tax returns from the coming VAT Week.

He also informed the ERF members that a media centre will be set up at the VAT project office to cooperate with media people.

NBR member (VAT) Barrister Jahangir Hossain said there are same facilities in the VAT law which a taxpayer is enjoying. If necessary, NBR will take opinions from stakeholders on the law, he added.