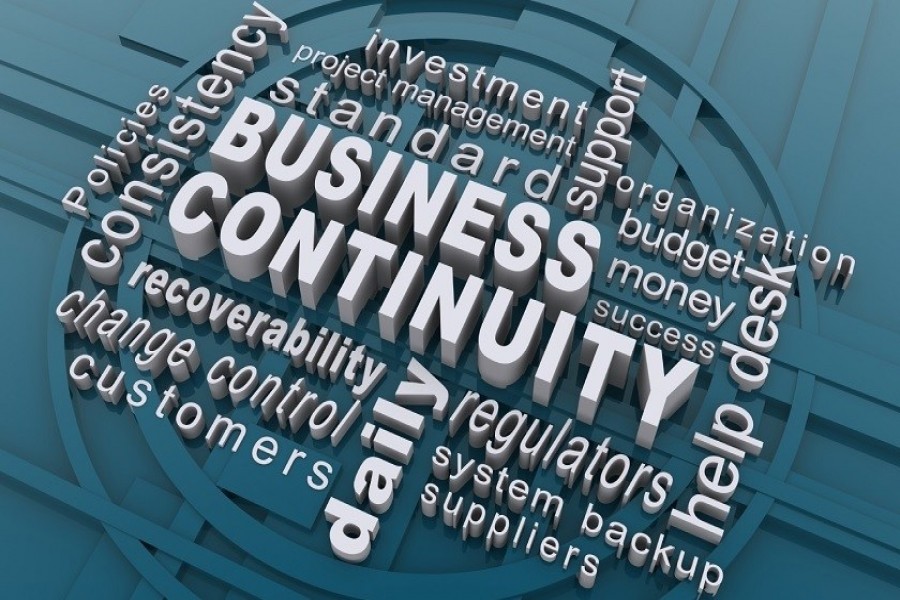 The country's companies, small or large alike, looked blissfully unaware of business-continuity planning to survive any calamity though recent trends leave them susceptible to a variety of existing and emerging risks.

Latest studies and a spot survey drew such conclusion about state of disaster-preparedness of the businesses and business bodies.

Business continuity planning (BCP) is the creation of a strategy that recognises the threats and risks facing a company in the event of a disaster and suggests measures to protect its personnel and assets and help continue operations.

The BCP involves defining potential risks, determining how those risks may affect operations, implementing safeguards and procedures designed to mitigate those risks, testing those procedures to ensure that they work, and periodically reviewing the process to make sure that it is up to date.

Bangladesh Institute of Bank Management (BIBM) in the past week unveiled a study as regards addressing disaster risks by banks: Bangladesh perspective. It also showed that the banking sector had no such effective business continuity or recovery plans.

This correspondent also conducted a similar survey on 30 leading firms to ascertain whether they have such planning or not. Save some multinational companies, this concept was hardly found in existence in any of the business corporations.

However, such prudent prearrangement is now felt in a bigger way as Dhaka and other cities appear vulnerable to disasters-natural or manmade.

A study conducted by Comprehensive Disaster Management Programme (CDMP) under food and disaster management ministry forecast that there would be an economic loss of about US $1.08 billion for only structural damage in case of a 6.0-magnitude earthquake from underneath Dhaka city.

Some 30 million tonnes of debris, equal to 2.88 million truckloads (25 tonnes for per truck), will be generated if an earthquake of this magnitude jolts the city, the study said.

When contacted, leading business and association leaders said they just came to know about the need for such contingency planning.

"Honestly speaking that I just came to know about such planning," said Siddiqur Rahman, president of the trade body of Bangladesh's biggest manufacturing sector in clothing-Bangladesh Garment Manufacturers and Exporters Association (BGMEA).

On the other hand, another leader of the sector, Abdus Salam Murshedy, former president of the BGMEA, told the FE that they have manifold lacking because of his being a first-generation businessman.

Mr Murshedy, managing director of Envoy Group, said they have been maintaining some sort of plans, like one on how to avoid any major fire disaster. They train the staff on how to exit from factory during fires.

"To my mind, this type of BCP and equipping our factories with appointments and regular budgets will take time," he said.

"I think this is one of the most critical components of any recovery strategy, to my mind, but unfortunately we have yet to develop a continuity plan," Mr Murshedy said.

President of the Federation of Bangladesh Chambers of Commerce and Industry (FBCCI) Mr Shafiul Islam Mohiuddin said as apex trade-promotional organisation they never made a move for such specific issues.

But the business leader said the people of the country have some sort of resilience to such difficulties.

"We had faced a flood in Dhaka in 1998 when all communications with the port city were snapped but the Navy built a terminal at Kanchpur bridge to send the cargoes to Chittagong," the FBCCI chief recalled.

He pointed out that the country's SMEs are much vulnerable as they lack funds for recovery. Most of the SMEs (small and medium enterprises) have limited access to the formal financing in the event of disaster.

People in the SME sector said that many organisations would not be able to recover from the damage if there be a big disaster in the city, affecting both production and employment.

President of the National Association of Small and Cottage Industries of Bangladesh (NASCIB), a group of around 10,000 SMEs across the country, Mirza Nurul Ghani Shovon told the FE that they also never thought of such exigencies.

"This is very important for us but we don't know how to proceed," Mr Shovon said.

Md Safiqul Islam, managing director at the SME Foundation, an apex institution for SME development in the country, told the FE that they never conducted workshop or seminar for the SMEs so far.

"We usually concentrate on the advocacy in relation to the tax issues, not disaster and similar risks."

In the meantime, Japan International Cooperation Agency (JICA), which coordinates official development assistance for the government of Japan and is chartered with assisting economic and social growth in developing countries, provided funds worth Tk 2.48 billion for the clothing sector for mitigation measures on earthquakes.

But the money remained idle for over one year at the central bank.

However, BGMEA people familiar with the fund told the FE that they couldn't yet utilise the funds as there are problems from both sides - from the central bank and the business body.

A senior official at the Bangladesh Bank told the FE that they had received the fund sometime in 2016 but were yet to disburse the soft loans to the clothing sector.