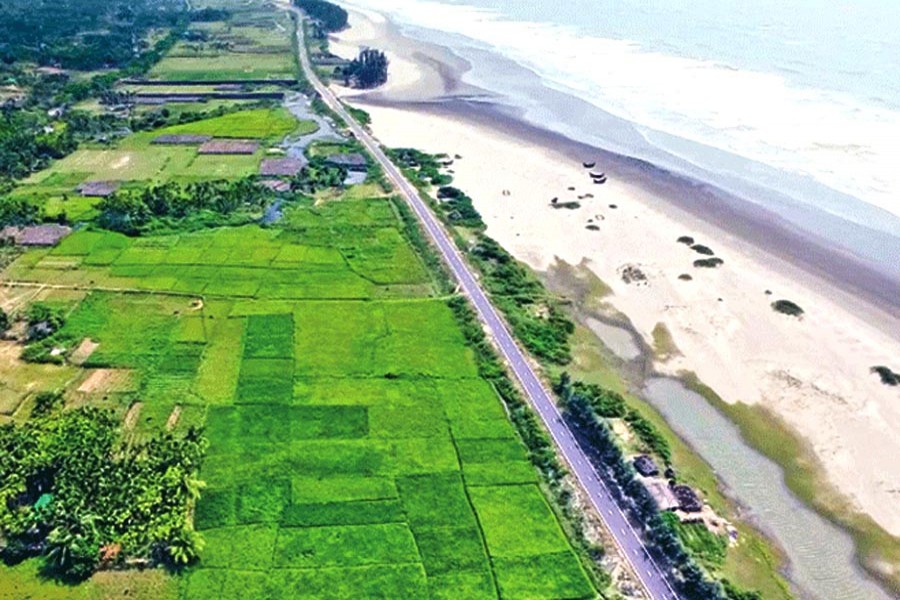 The implementation of the Cox's Bazar marine drive expressway project, for which China pledged fund, has apparently been put on a back burner.

Previously, the government had scrapped a deal with the China Harbour Engineering Company Ltd for the US$2.0 billion project.

Another Chinese company has recently shown interest, but no Expression of Interest will be submitted before the feasibility study of the project is completed.

The roads and bridges ministry has started to conduct the study of late and after that it will decide on the implementation," a senior official told the FE preferring anonymity.

In September 2016, the cabinet committee on economic affairs approved the project under direct purchase method.

China committed to finance the project during the visit of President Xi Jinping in 2016.

Later, the Roads and Highways Department prepared the project paper.

The project titled "Construction of the marine drive expressway and coastal protection work from Sitakunda-Chittagong-Cox's Bazar" will be implemented under preferential export buyers' credit offered by China if it would be evaluated as feasible.

In a letter to the roads and bridges ministry, the company chairman said that the CEEC has 160 thousand employees in its 200 offices in 80 countries across the globe.

"CEEC is a mega Chinese state-owned conglomerate with its headquarters in Beijing and is listed with the Hong Kong Stock Exchange," said the letter.

The government had signed a framework agreement with China Harbour to upgrade the Dhaka-Sylhet Highway into a four-lane and construct over US$2.0-billion Chittagong-Cox's Bazar expressway in 2016.

The company conducted a feasibility and engineering study while completing the preliminary technical and commercial proposal to construct the 248-kilometre expressway.

According to the plan, the seaside expressway will connect Chittagong's industrial hub, Sitakunda with the sea beach in Cox's Bazar.

This expressway will be connected with the Bangladesh-China-India-Myanmar Economic Corridor and the Asian Highway.

The project includes around 100 bridges and 80 kilometres of coastal protection work.