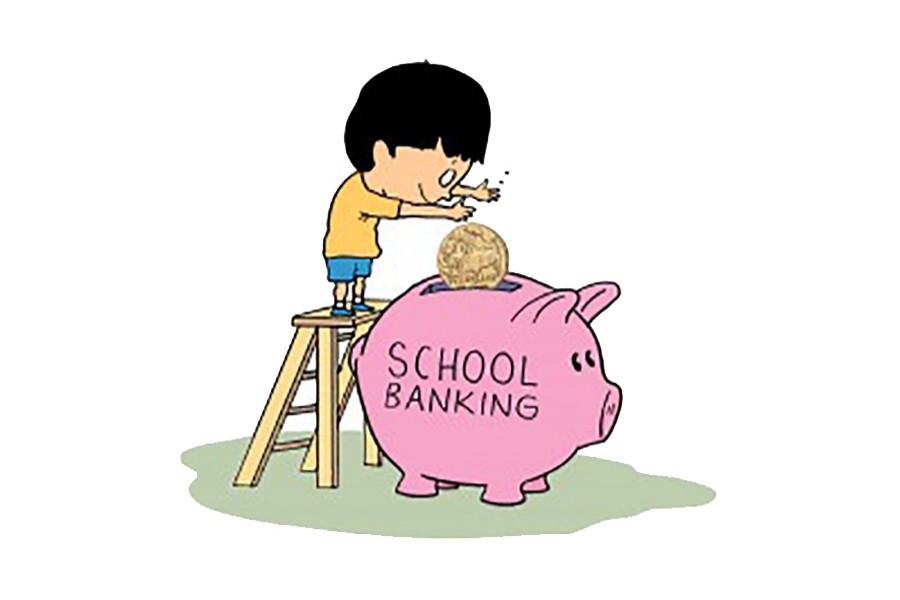 Deposits with the commercial banks' school banking accounts have marked an increase by 28.20 per cent at the end of June 2017 compared to the corresponding period of the preceding year, reports BSS.

The banking scheme is also more popular among the male students than the female ones as 7,71,138 school banking accounts were opened by male students against 5,53,200 accounts by their female counterparts.

"Bangladesh Bank launched the programme in November 2010 aimed at the school students to help them save money for the future, learn financial literacy at an early age and encourage the habit of savings in the students," a BB official told the news agency on Monday.

The BB data shows that deposit with the school children's accounts at the state-owned banks increased to Taka 1.59 billion or 14.14 per cent on June 30 this year from Taka 948.9 million in the previous year.

The Dutch-Bangla Bank, Islami Bank Bangladesh, Eastern Bank, United Commercial Bank and Rupali Bank are the five institutions that managed to garner most of the deposits from the students.

Islami Bank Bangladesh Limited (IBBL) opened 2,22,915 accounts, which is 16.70 per cent of the total accounts while Dutch-Bangla Bank was ranked the top for collecting deposits amounting to Taka 3.59 billion with the school banking accounts.

"As per direction of the central bank, the IBBL introduced the school banking so that the future generation can learn about the financial system," said IBBL Deputy Managing Director Abu Reza Mohd. Yeahia.