Says Accord in its quarterly progress update 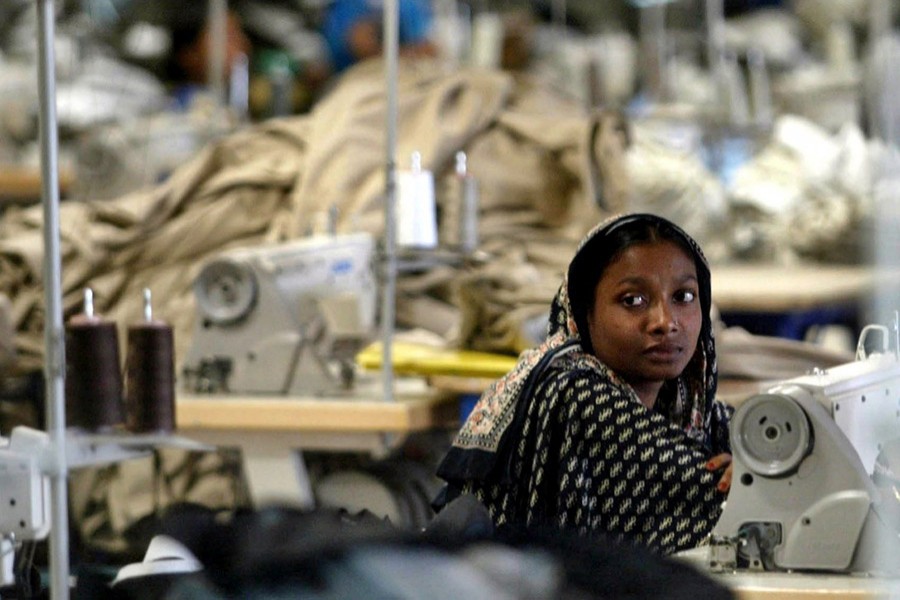 Only 7.0 per cent or 120 garment factories out of 1,699 have so far completed all the initially identified safety flaws prescribed by CAP. Photo: AP

Major life-threatening safety concerns still remain outstanding in many garment factories inspected by the western retailers' platform -- Accord -- although 80 per cent of identified safety flaws have so far been fixed.

In its quarterly progress update till October 01, the Accord said inadequate fire detection and alarm systems still remain outstanding in some 946 garment factories out of 1,378 units where the findings have been identified.

"While most factories have submitted fire alarm and fire detection design drawings to the Accord and are in the process of ordering and installing the systems, full installation including final verification of testing and commissioning has been completed at 31.3 per cent of the factories," said the report published on November 17.

Lockable or collapsible gates have been identified in some 1,393 factories while 72 units are yet to remove evasion hazards during an emergency, its findings showed.

The report said, "94.8 per cent of the factories have removed lockable and/or collapsible gates. It means workers have more chance of escaping the factory buildings in an emergency."

It also showed that 243 out of 1,333 garment factories are yet to install egress lighting.

Only 7.0 per cent or 120 garment factories out of 1,699 have so far completed all the initially identified safety flaws prescribed by the Corrective Action Plan (CAP).

It said 665 factories have completed 90 per cent or more than remediation work.

When asked, Bangladesh Garment Manufacturers and Exporters Association president Md Siddiqur Rahman said he is yet to see the Accord report.

Regarding the progress, he claimed that the rest of the work would be completed within the Accord's tenure till June 2018.

On the other hand, the Alliance for Bangladesh Worker Safety announced that 85 per cent of required remediation has been completed while 234 units out of 700 inspected garment factories have completed the entire CAP.

The Alliance suspended business relations with 162 factories and the Accord with more than 85 units over their failure to comply with safety requirements. Alliance executive director Jim Moriarty at a press conference held last week said the platform will end its activities by mid of next year.

The Accord, on the other hand, got six-month conditional extension with the name 'Transitional Accord' if a national regulatory body is not capable enough of taking charge of the existing Accord.

So far 49 of Accord's existing signatory brands and retailers out of more than 200 including H&M, Hugo Boss, C&A, Primark, Inditex and Target signed the 2018 Accord, covering a total of 1,200 garment factories.