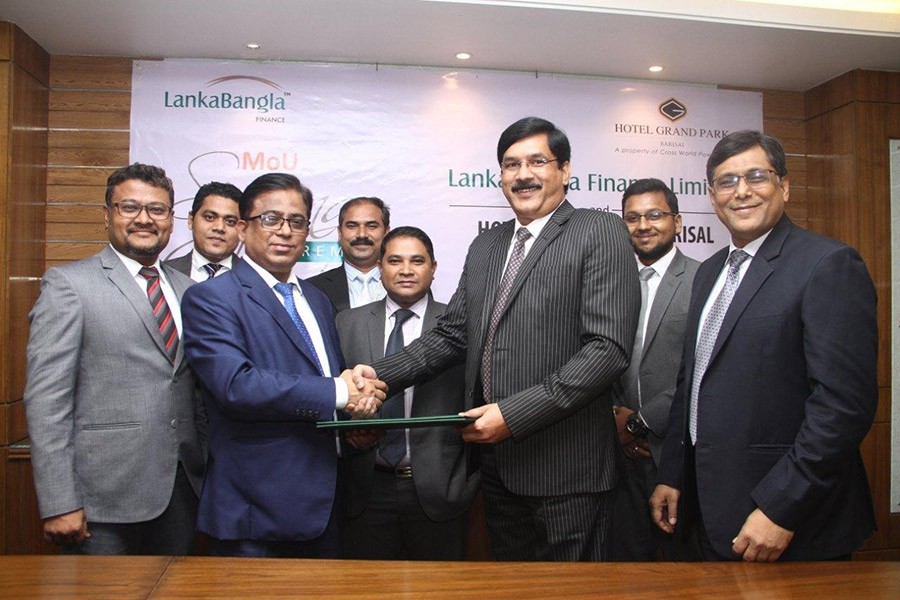 Khurshed Alam, Head of Retail Finance of LBF and Mahboob Alam, General Manager of Hotel Grand Park signed the MoU on behalf of their respective organisations, said a press release on Wednesday.

Under this agreement, LBF Card-holders will enjoy a special discount facility up to 50 per cent  at the Hotel Grand Park, Barisal.

Md. Nurul Huque Manik, Head of Cards of LBF and Nasim-ul-Haque Chowdhury, Head of Sales and Marketing were present, among other officials of both organisations, in the signing ceremony.