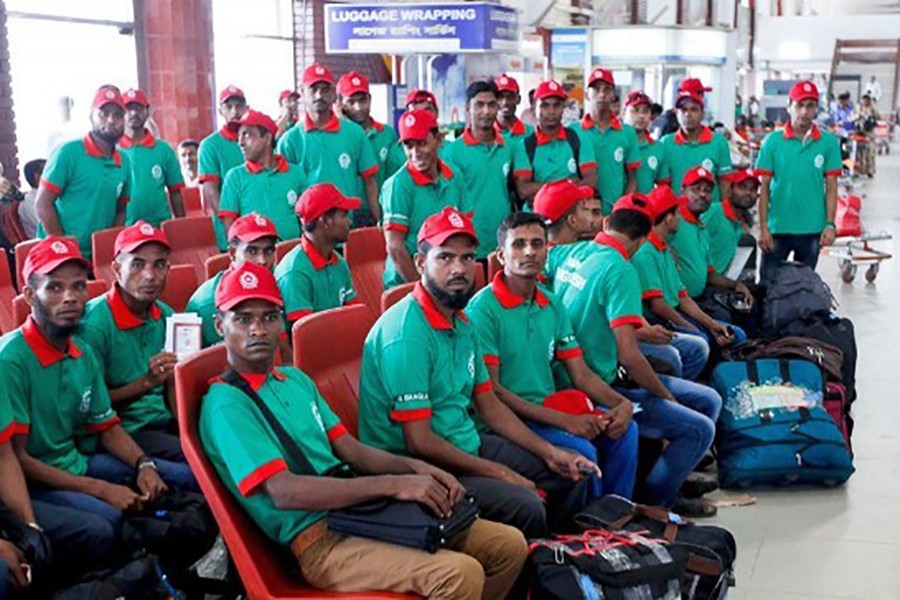 Dhaka and Kuala Lumpur is programmed for a joint working group (JWG) meeting on February 24 to discuss reopening of Malaysian market for Bangladeshi workers.

To this effect, officials said, Malaysian human resources minister M Kulasegaran is scheduled to come to Dhaka on February 19 on a six-day visit.

He will also visit Rohingya camps in Cox's Bazar and meet with Refugee, Relief and Repatriation Commission (RRRC) and UNHCR representatives.

On February 22, Mr Kulasegaran and expatriates' welfare and overseas employment minister Imran Ahmad will talk about reopening of the Malaysian market.

They will discuss issues like migration process, cost and the number of recruiters to be allowed to send workers, said sources close to the development.

The JWG meeting with expatriates welfare and overseas employment ministry will be held on February 24.

Malaysia stopped issuing demand letters for Bangladeshi workers since September 01 in 2018 for 10 syndicates' rackets through online recruitment system under the government-to-government (G2G)-plus deal.

Since then Bangladesh has been trying to get reopen the market and continuing diplomatic efforts.

Malaysia also has been working to resolve the complication in manpower hiring process with Bangladesh.

Officials said a fruitful result can come out from the JWG meeting about resuming the market. Both the countries are likely to find a new model of hiring workers from Bangladesh.

They also said Malaysia is keen to reach a 'zero-cost recruitment' agreement for migrant workers from Bangladesh. So, zero migration cost will be thrashed out at the JWG meeting.

Mr Ahmad said they are giving importance on safe and fair migration process to send workers to Malaysia.

If they see that there is no existence of syndication like earlier, they have no problem to allow sending workers to the job market, he told the FE.

About zero migration cost, he said it will be very good for Bangladeshi workers, but it should be understood that what would be the process.

The meeting was deferred twice-one in September and the other in November 2019, mainly due to the disagreement from Malaysian officials, said officials in Dhaka.

In early January, Mr Kulasegaran indicated that Malaysia was aiming to reach a 'zero-cost recruitment' deal for migrant workers from Bangladesh to avoid risks of US trade sanctions.

The terms of the new deal, now in its final stages of bilateral discussions with Bangladesh, 'will be similar' to the one signed with Nepal, reports Malaysiakini online newspaper.

"When we signed a memorandum of understanding with Nepal, we said one of the conditions is that when their workers came here, there should be no payment involved: zero cost for workers."

More than 1.0 million workers have so far gone to Malaysia in the past four decades, according to the manpower bureau data.