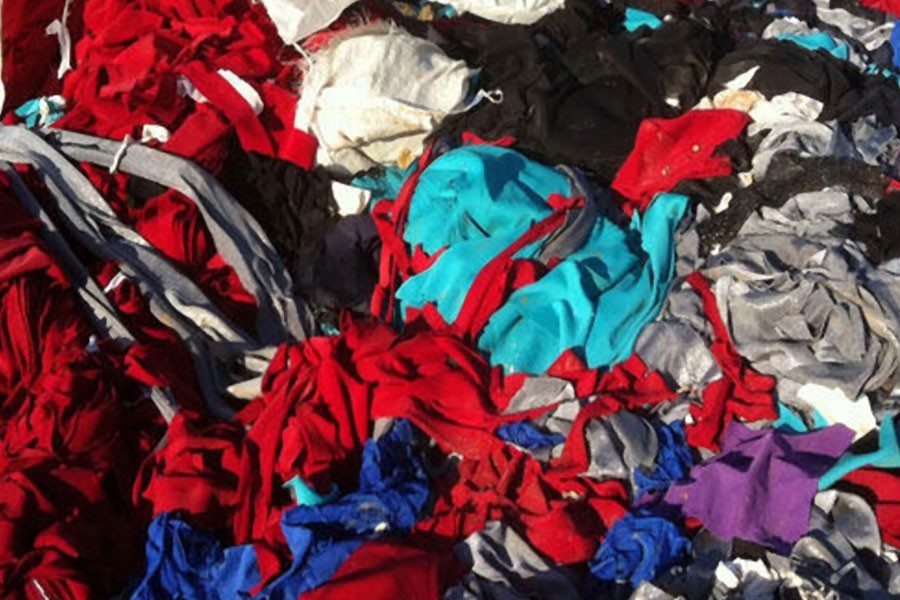 Increasing export of jhut or leftover scraps of fabric, a by-product of ready-made garment (RMG) sector has hit the local recycled yarn producers.

Earlier, there was a big local market for recycled yarns as factories producing gamcha (towel), lungi, quilt and curtains used to rely on the recycled material, but they are now turning to imported yarns, industry insiders said.

The jhut export has been increasing around 15 to 20 per cent a year for the last five years, forcing many local recycled textile units to shut down their production lines.

In the past five months of the current fiscal, around US$33 million worth of jhut were shipped abroad. The figure would likely reach around US$70 million at the end of FY '20, an EPB official said.

The growing export of jhut has made it difficult for many factories to procure the material to feed their production lines.

One of them is Mother Textile, one of the largest and oldest recycled yarn producers in the country.

"We are the largest recycled yarn producer in the country, and the oldest," Aliza Sultan, managing Director of Mother Textile, told The Financial Express.

"When we started recycled yarn production in 2003, there was no modern technology," she said, adding that many followed suit later.

She also said, "Many recycled yarn units have shut down their production lines. Only we meet 80 per cent of demand for local recycled fabrics."

"As the local textile sector has been feeling the heat of Chinese and Indian yarn, we are trying to diversify our business," said Ms Aliza.

They are now trying to save the industry by diversifying their business following a two-year shutdown as a loan defaulter, she said.

"We have resumed production two years back and now we are already in profit," said Aliza Sultan, daughter-in-law of Sultan Ahmed, who established the factory in 1993.

"We are now also trying to collect foreign funds to fully resume our business," she added.

Mother Textile had been a leading defaulter with state-owned Rupali Bank for many years with accumulated loans of around Tk 12 billion.

The company, however, is no more on the defaulters' list as it has rescheduled their loans, said Ms Sultan.

She also said they want to pay back loans in installments and start full-fledged production activities in order to pay off entire loans in time.

"But we now don't get enough jhut to run our production lines. On the other hand, recycled yarns coming from India and China are also cheaper than locally manufactured yarns," she said.

Jhinuk Textile, a Narayanganj-based recycled yarn factory, has recently shut down their production.

Khorshed Alam, managing director of Jhinuk, said they are losing out to Indian and Chinese competitors.

"We now require modernised factories to produce recycled yarns from RMG jhut. So, it's better to export the material," said Mr Alam, also an exporter.

If the government provides special incentives, the recycled yarn producers can continue their production, he added.

According to the Bangladesh Garment and Textile Waste Exporters Association (BGTWEA), the market size of RMG by-products is around Tk 20 billion.

The Bangladesh Garment Manufacturers and Exporters Association (BGMEA) sources said there are some 4,000 active RMG units producing over 351,000 tonnes of by-products.

An industry source said a typical factory produces around 250 kg of waste fabric a day. There is no official data available about garment manufacturing by-products.

Jhutpatti of Mirpur in Dhaka is the largest hub of jhut business in the country.

Abul Kalam, a jhut trader in this market, said small pieces of cloth are the raw materials of his business.

"Any piece of cloth we can recycle. There is a huge demand for wastes of T-shirt," he said.

There are two categories of jhut, one comes from woven fabrics and another from knit fabrics. The price of 'Woven jhut' is low, but the price of 'Knit Jhut' is comparatively high.

They are sold as an alternative to cotton yarn in the local market. The advantage is that cotton prices are high, but jhut is cheaper.