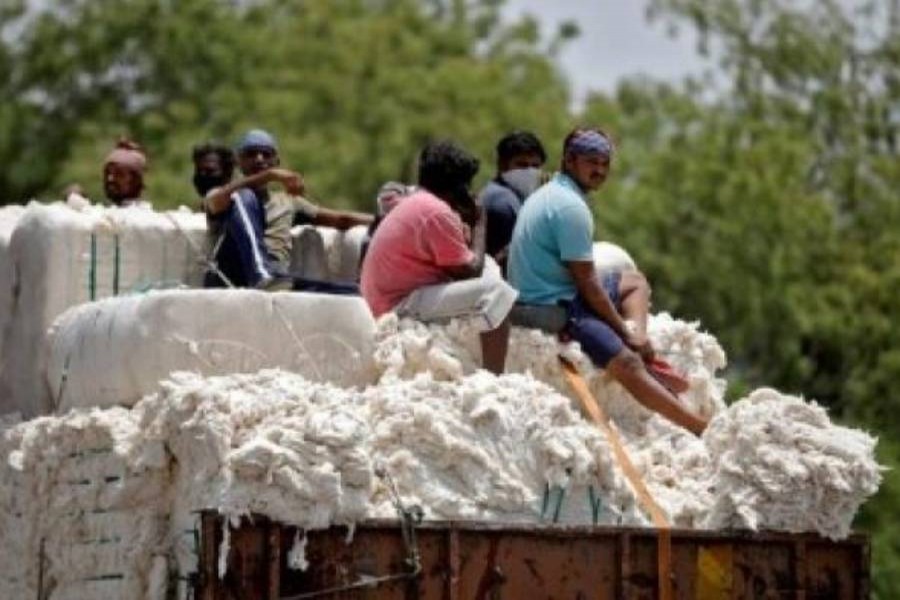 Indian traders are struggling to export cotton despite higher production as farmers are delaying sale of their harvest hoping for higher prices in coming months, industry officials told Reuters.

The limited supplies are keeping local prices significantly above the global benchmark, making overseas sales unviable from the world's biggest producer of the fibre, reports Reuters.

"Harvesting of the new crop started last month, but many farmers are not willing to sell. They are holding crop hoping prices would rise like the last season," said Atul Ganatra, president of the Cotton Association of India (CAI).

Farmers received record prices for their last season's crop, but the new crop is unlikely to get the same prices as local production has risen and global prices have fallen, Ganatra said.

Cotton prices hit a record high of rupees 52,410 rupees per 170 kg in June, tracking a rally in global prices and as production fell. But prices have corrected nearly 40% from the peak.

India traders so far in the new season have contracted 70,000 bales for the exports, significantly lower than more than 500,000 bales contracted during the same period a year ago, said a dealer with a global trading house.

Bangladesh, Vietnam and China are among the key buyers of Indian cotton.

Exports are unlikely to gain momentum unless local prices fall or global prices move higher, said the dealer, adding "Indian cotton is holding premium of around 18 cents per lb over New York futures. The premium needs to come down to 5-10 cents to make exports viable."