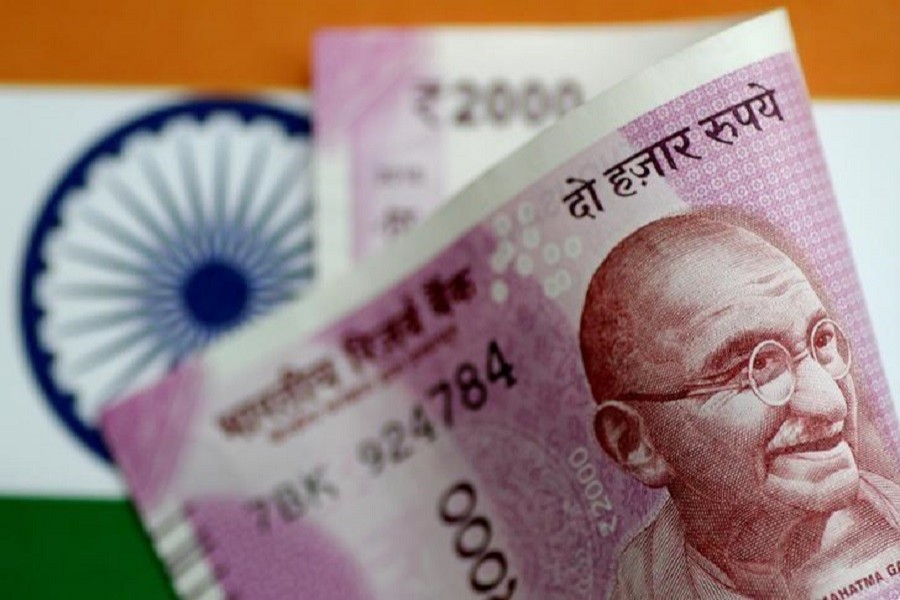 A Rupee note is seen in this illustration photo June 1, 2017. Reuters /Illustration

Bond market euphoria over an unexpected India sovereign rating upgrade is expected to fizzle out next week, as concern over rising inflation, hawkish central bank rhetoric and fiscal discipline resurfaces.

While the ratings upgrade gave traders an opportunity to buy after a sustained sell-off since the start of November, the fact that foreign investors are already largely tapped out and cannot invest much more in Indian debt due to regulatory restrictions, will be a damper for India’s bond market, say traders.

Moody’s upgraded its ratings on India’s sovereign bonds for the first time in nearly 14 years on Friday, saying that Indian government reforms would boost growth potential.

“We’ve not moved sufficiently enough and you still have the other two rating agencies, which still have you on BBB-,” said R. Sivakumar, head of fixed income at Axis Mutual Fund.

“So, we don’t see this dramatically changing the pricing structure.”

Sentiment in Indian bond markets has turned negative since July with inflation spiking on the back of higher crude oil and food prices.

Worries have also mounted that the government may breach its fiscal deficit target, due to a potential short-fall in revenues as the economy has struggled after a so-called demonetisation exercise late last year.

A bumpy goods-and-service tax (GST) rollout has added to the sell-off since mid-year.

Also, despite slowing economic growth, the Reserve Bank of India’s (RBI) monetary policy committee has remained steadfast in its focus on inflation targeting, reducing odds of a rate cut in the near future.

“If you had to choose a time for an upgrade, then this was a singularly bad time where I think the uncertainties are actually high,” said Pronab Sen, former chief statistician of India and a country director for think-tank International Growth Centre, who warns that between demonetisation and GST effects, the immediate prognosis for the economy is uncertain.

Indeed, 10-year benchmark bond yields, which had fallen as much as 12 basis points on the day, retraced most of the fall to end just 1 basis point lower on the day.

Meanwhile, in an unexpected post-market move, the RBI withdrew its open market bond sale scheduled for November 23 which is likely to cool off yields by about 5 basis points on Monday, but the gains are unlikely to be sustained through the week.

Traders would also prefer to stay light ahead of the central bank’s monetary policy committee meeting announcement on December 6. And for a rally to be sustained, foreign buying is needed, dealers said.

“The next big positive will come once the foreign investment limits are opened up,” said a chief dealer at a large state-run bank.

“Until then, it will be difficult to stand up to the selling pressure,” he said referring to traders’ underlying negative tone.

Foreign investors have continued to lap up Indian paper with more than 98 per cent of the limit already tapped in both government and corporate bonds.

India has placed a quantitative restriction on the amount of debt foreign investors can buy to avoid any big volatility from sharp and lumpy dollar outflows or inflows.

While there is a strong demand from market participants for relaxing these limits, regulators have not given any indication yet.

“That is about how much of forex you are comfortable with,” said Ajay Tyagi, Chairman of Securities and Exchange Board of India told Reuters. “That is more in RBI’s domain.”