India transports half its exports via Benapole, Petrapole ports: Study 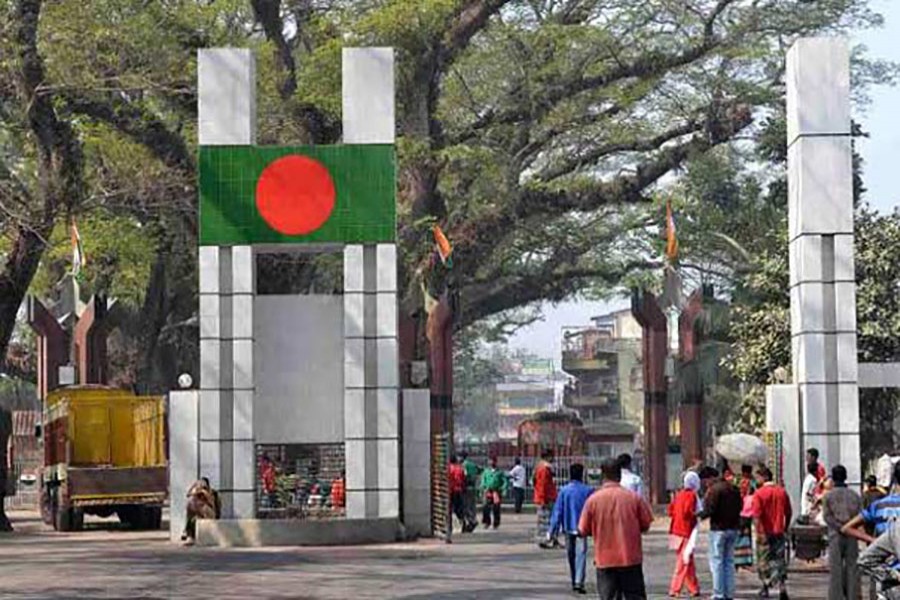 Required facilities including roads and warehouses are still inadequate at the Benapole-Petrapole land-ports to handle growing volume of export cargo between Bangladesh and India.

Keeping this in view, a study presented a set of recommendations including widening of roads, modernising the transportation system and adopting the latest technology in the two land-ports to facilitate the bilateral trade through this route.

The research organisation revealed on Tuesday the study findings titled "Boosting Bangladesh-India Bilateral Trade: Are Benapole and Petrapole Landports Ready to Take the Challenges?" in Dhaka.
Executive director (ED) of SANEM and team leader of the study Professor Selim Raihan attended the conference.

According to the study, India transports half of its export goods to Bangladesh worth of $4.0 billion through this route. Around 350 trucks enter into the Bangladesh side, while 70-80 Bangladeshi trucks go to India with export merchandise every day.

The study revealed existing road connecting Benapole with Petrapole is only 5.5-metre-wide.

Besides, seven out of 43 warehouses at Benapole are not operational at present, even though such 60 additional facilities are required to accommodate rising number of deals between the two countries.

At present Benapole land-port is capable of accommodating 40,000 tonnes of goods, however it should have the capacity to store around 0.1 million tonnes of goods.

The study said that only 8.0 per cent of people surveyed said the infrastructure at Benapole is satisfactory, while 62 per cent believe it to be "very little". Remaining 30 per cent people think the existing facility is dissatisfactory.

The study was conducted in July last in collaboration with USAID Asia and Middle East Economic Growth Best Practices Project. Around 100 individuals including officials, traders and other port users of both the countries were surveyed.

The Beanpole land port was found operational for only four hours beginning from 10.00am daily despite its schedule for eight hours of working.

Since early August, the land port is officially declared to be operational for 24 hours, seven days in a week, the study findings said, adding that the operational hours remained almost same even after the declaration.

The SANEM study recommended, "The working hours should be synchronised with the Petrapole Land Port."

The study suggested reducing the time lags of loading and unloading of the cargos, putting an advanced risk management system in place and maintaining coordination between the two custom houses.

The study also recommended adopting modern technologies, digitised documentation, integrated IT infrastructure and Internet facilities in all sorts of services aiming to reduce time for time and enhance security at the land-ports.

Around 70 per cent of respondents believe the availability and use of modern technology is not sufficient.

Addressing the conference, Selim Raihan said the two land-ports were crucial to the bilateral economy of Bangladesh and India.

He also said that the Benapole-Petrapole land customs station accounts for about 80 per cent of land trade between India and Bangladesh. He also said in terms of overall capacity both of the ports were still lagging behind.

"If the ports are modernised, export to India from Bangladesh will reach the milestone of $1.0 billion encouraging new business opportunities," he added.

The situation has not been changed to a remarkable extent, he said, adding that: "Since we conducted the study in July we have cross-checked the information very recently."