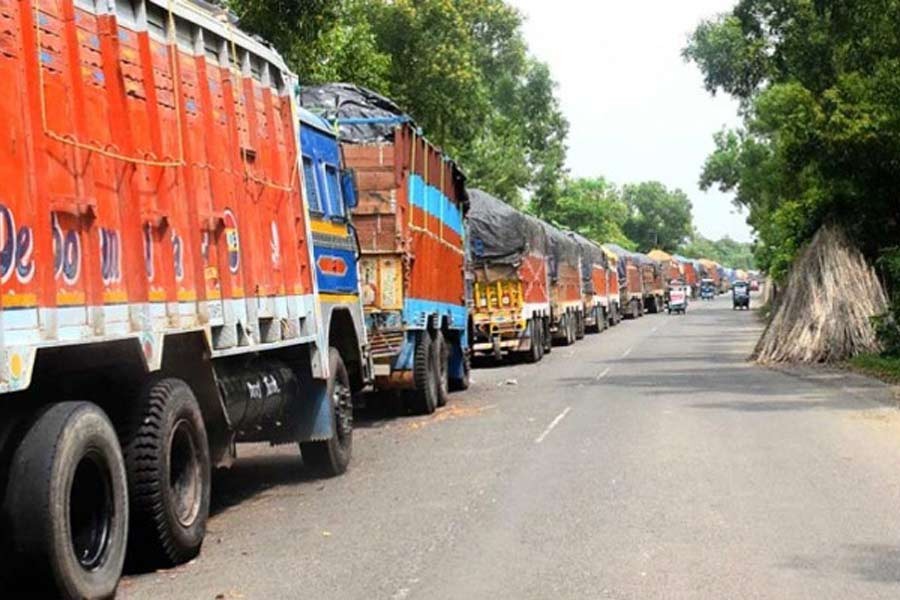 Hundreds of trucks carrying onion to Bangladesh are stranded at Indian ports after Indian government prohibited the export of all varieties of onion to control prices in his country's domestic market.

Tonnes of onions are now waiting to either be exported or rot as the vehicles have ‘letter of credit’ and it is not possible to return them, Sajedur Rahman, the general secretary of Benapole Custom Clearing and Forwarding Agent Association, said on Friday.

“At least five onion-laden trucks were stranded at Benapole (Tetrapole) port when the ban was announced on Monday. The vehicles have passed but the Indian authorities are not allowing them to enter Bangladesh.”

As many as 39 onion trucks and three wagons of a train are stranded at Bongaon and Ranaghat ports respectively. The vehicles reached the ports at least a week ago carrying onions from different states of India, reports bdnews24.com.

The onions were supposed to be brought by trucks from the wagons as the train will not come directly to Benapole port. But the goods got stuck at Ranaghat due to the export ban announced by the Indian government, Rahman said.

“These onions in the trucks have started rotting and spreading foul smell,” he added quoting the exporters.

As many as 200 onion trucks are stranded at Hili land port in Dinajpur, according to a report published by Indian newspaper Anandabazar Patrika.

The trucks are carrying onions worth 100 million Indian rupees and they are at risk of rotting, the report said quoting General Secretary Ashok Kumar Mandal of the Indian Exporters and Customs Clearing Agents Association of Hili as saying.

The traders had provided letters of credit for 740 tonnes of Indian onion at $250 per ton. But only a single truck entered Bangladesh until Monday, said Rafiqul Islam Royal, who owns the supplier company Royal Enterprise in Dhaka.

“These onions will rot in one or two days if the authorities don’t decide immediately about the release of those trucks. If they make further delay, Bangladeshi traders will face huge losses,” he added.

“The central office in Delhi has been informed about the stranded onion trucks but the authorities are yet to give instructions,” said Kartik Chatterjee, the general secretary of Indian Petrapole Port C&F Agent Staff Welfare Association.

India prohibited the export of all varieties of onion except those cut, sliced or in powder form on Sept 14. The Indian authorities stopped the onion-laden trucks from entering Bangladesh at various ports following the order.

The decision has once again roiled the market for the key kitchen staple in Bangladesh, sending prices spiralling.