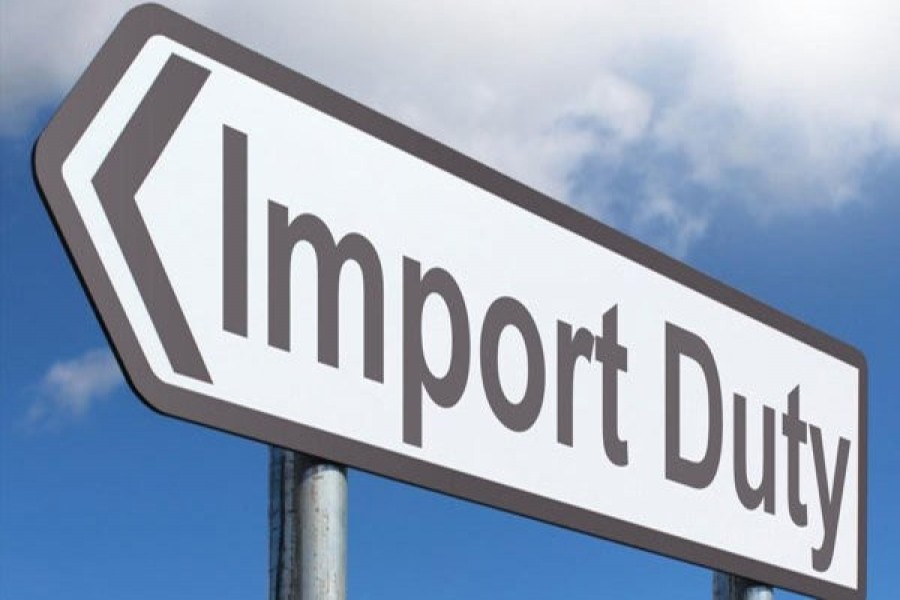 Tax collection from top 20 imported items has plummeted by 39 per cent during the first half of the current fiscal year, in a major blow to the revenue target.

The National Board of Revenue, or NBR, received Tk 34.11 billion in July-December from the key revenue-spinning imports, down by Tk 21.06 billion from the year-earlier period.

An analysis of the customs policy wing of the tax authority on the revenue collection has revealed the dismal import scenario.

During the July-December period of the year, the customs wing missed the target by 29 per cent, facing a shortfall of Tk 130.31 billion.

However, the wing received 2.42 per cent higher revenue during the period than that of the same period last fiscal.

Officials seem to blame the ambitious target, saying the government has set the revenue collection target at 45.69 per cent higher than the customs wing's actual receipt collection during the last financial year.

In its analysis, the customs wing also found the number of tax exemptions availed by different sectors to go up by 12 per cent during the period.

A comparative statement of import consignments released under exemptions said that revenue collection fell by 12 per cent during the past six months.

A senior official said the trend in offering tax waivers has seen a rapid rise in the half-yearly period.

Up to December, the NBR has offered general and special exemptions, valued at Tk 223.28 billion, up by 23.22 billion against the release of imported products.

The import of products falling under the zero tariff-slab jumped by 35 per cent or 442 tonnes, the analysis said.

The area of VAT exemption of zero-duty products also increased causing a Tk 28.63 billion shortfall or 62 per cent plunge in import tariff collection from this area.

The customs wing's analysis said the revenue collection from the import of motor cycle plummeted by 55 per cent as the local industry is now producing or assembling the item.

The drop-off has been reflected in the import trend. The import of motorcycles dipped by 44 per cent during the same period.

Import of high-speed diesel also declined by 3,17,135 tonnes or 16 per cent causing a 15 per cent negative growth in revenue collection from it.

Power plants have shifted towards using liquefied natural gas, or LNG, and duty-free furnace oil from high-speed diesel in their units, the NBR analysis has discovered.

The import of diesel used to contribute 85 per cent of the duty collected from the petroleum sector.

Customs officials said prices of some items such as powdered milk, steel, fuel oil declined in the international market, which dragged down revenue collection.

They said the country's investment, in general has not increased, except for economic zones, export processing zones and hi-tech parks.

According to the seventh five year plan, the government adopted the policy of gradually decreasing the dependency on the import revenue to facilitate global trade. Currently, customs revenue contributes 12 per cent of the total tax receipts.

Earlier, the government had planned to bring it down to 9.0 per cent by 2020.