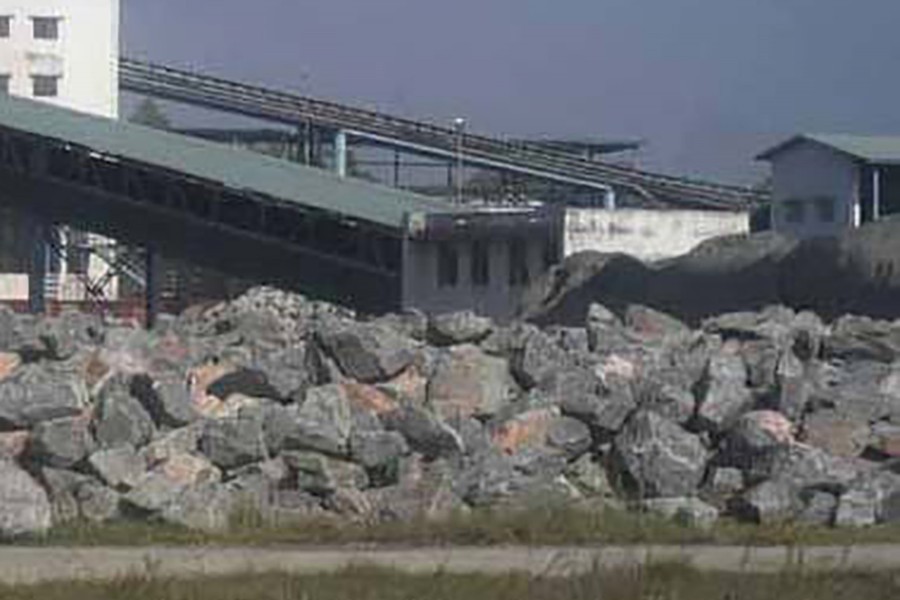 Germania-Trest Consortium (GTC) is currently operating the country's lone hard rock mine at Maddhyapara in northern Dinajpur without any contract despite having poor performance previously.

The contract tenure of GTC, a consortium between Bangladesh-based Germania Corporation Ltd and Belarus-based JSC Trest Shakhtos Petsstroy, for management of operation and development, production and maintenance of the mine already expired on February 14, 2020.

Before expiry of its tenure, GTC extracted only about one-third quantity of granite stones to the tune of around 3.75 million tonnes during its six years of contract period since February 14, 2014.

But as per the contract, the GTC had to extract around 9.2 million tonnes granite stones during the contract period.

He said an arbitral tribunal has issued a status quo on the overall operations of the MGMCL, which will remain effective until March 04.

Contractor GTC had lodged a complaint before the tribunal over expiry of its tenure, he said.

Officials said, the Maddhyapara hard rock mine is struggling to lure potential buyers although the country's overall demand for minerals is sky rocketing.

State-run MGMCL was toiling to sell annually around 1.6 million tonnes of granite stones although the country's overall import of hard rock is annually over 20 million tones.

Despite better in quality, the MGMCL's granite stones remain stockpiled as the buyers opt for importing 'lower grade' stones from different countries including the neighbouring India, Bhutan, Vietnam and Dubai, industry insiders alleged.

Lowering down the prices of different sized stones by the MGMCL several times also 'failed' to lure the buyers to pick state-owned stones.

But unlike the growth in imports the sale of MGMCL's rock is not increasing.

Different private sectors like real estate and different industry owners also import granite stones but the quantity is not that significant.

But the contractors of different development works in state-owned entities opt for importing low quality stones from abroad instead of using state owned stones for long.

Currently granite extraction is being carried out in three shifts with a daily production capacity of 5,000 tonnes, said the MGMCL top brass.

Some 600,000 tonnes of granite stones also remain stockpiled, he said.

State-run Geological Survey of Bangladesh discovered hard rock 136 metres under the ground at Maddhyapara, Parbatipur of Dinajpur district in 1974.

The Madhhyapara mine area spans over 1.2 square kilometres and has a reserve of around 174 million tonnes of hard rock and granite.

North Korean company Namnam prepared and developed the mine in 2006 after working over 12 years under North Korean supplier's credit.

The mining authority sells boulder rocks, larger than 200milimetre at US$30 per tonne and crushed rocks, 60 millimetre to 05 mm between $29 and $33 per tonne.

Hard rock dust is being sold at $10 per tonne.